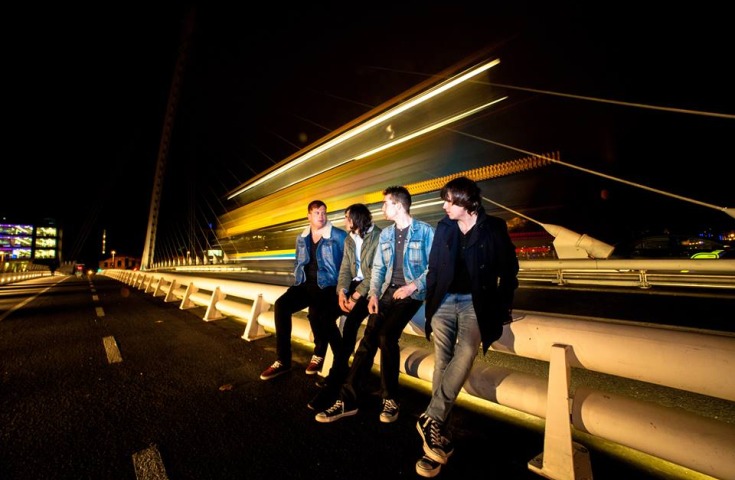 In this edition of our song of the week feature The Mixed-Tape the spotlight turns to Death In The Sickroom’s new single ‘Tonight’.

From the opening vibrant burst of jangling guitar that leads into the swaggering feel of the verse, ‘Tonight’ by Death In The Sickroom instantly captures the imagination as the group move the song at a pace from one hook-laden section to the next.

Performed a joyous up-tempo groove, the indie-pop production aesthetic coupled with the Dublin act’s pin-point songwriting results in a vividly presented single that works as a pure and simple piece of Irish-indie brilliance. Constantly weaving and progressing Death In The Sickroom’s music is back by a well-deserved confidence that permeates throughout the song.

Indeed the entire sound of ‘Tonight’ convey’s the sound of a band with maturity beyond their years. Intricately performed and written the track is a stunning glimpse into an exciting prospect for the future. Large-scale pop melodies, infectious indie-pop jangle and moving percussion all result in the perfect introduction to Death In The Sickroom and their new E.P Brick To The Face.

It is for these reasons that ‘Tonight’ by Death In The Sickroom is this week’s addition to The Mixed-Tape. To read the previous additions to the feature click here.

2 comments on “The Mixed-Tape | Death In The Sickroom – Tonight”