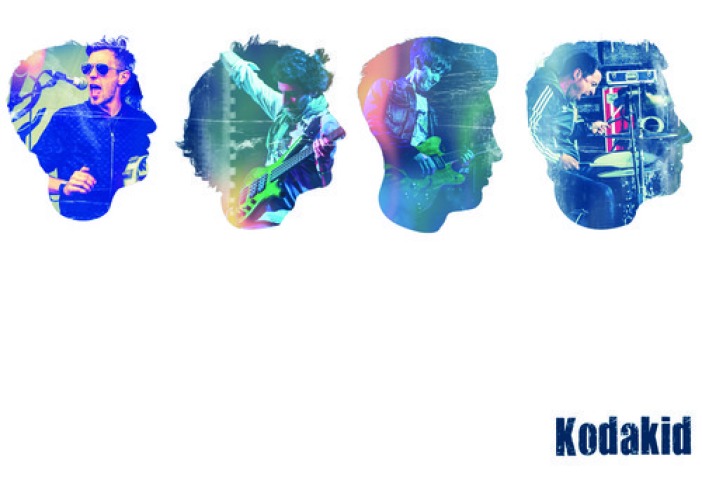 The début self-titled album from Waterford based indie-rock outfit Kodakid works as a bold introduction to the group’s sound.

Opening with the jolting percussive attention grabber ‘Outta Sight’, Kodakid capture the imagination with a track that moves quickly from slow-burning builds to sudden dynamic lifts. The full-scale production aesthetic of the album is also established early with layered vocals, interweaving guitars and pounding beats melding into one large sonic tapestry of indie-rock opulence.

Continuing the momentum of Kodakid, the brooding groove of ‘Stories & Lies’ and the irrepressible funk of ‘Low 7’ both further the L.P’s sense of stylistic growth as the four-piece begin to incorporate various genres and approaches into their sound.

What is most impressive about Kodakid’s songwriting is how intent the band are in keeping the pace of the record moving. The album feels and sounds like a group who are aggressively working towards making a lasting impression with their music. This confidence, and almost “kitchen sink” approach, must be admired due to it’s execution. Whereas this style of production and songwriting could result in a disjointed mess of ideas, torn apart by its own eagerness, the Waterford act maintain a sense of control over proceedings, with the band only occasionally stumbling under the weight of their own sound.

There’s a real zeal and euphoria to Kodakid, translated through the group’s palpable musicianship. With songs such as ‘Outta Sight’ and ‘Pray For Some Luck’ the four-piece really hit their stride and commit totally to the large-scale indie-rock sound of the album. Début records are often a chance for bands to introduce themselves, either subtly or aggressively, and with their first release Kodakid bravely opt for the latter and achieve what they set out to do. It will be interesting to see how the group pair down and perfect their sound in the future, but for now Kodakid works as an effective introduction to a band with a lot of promise.

Kodakid by Kodakid is due for release on July 4th