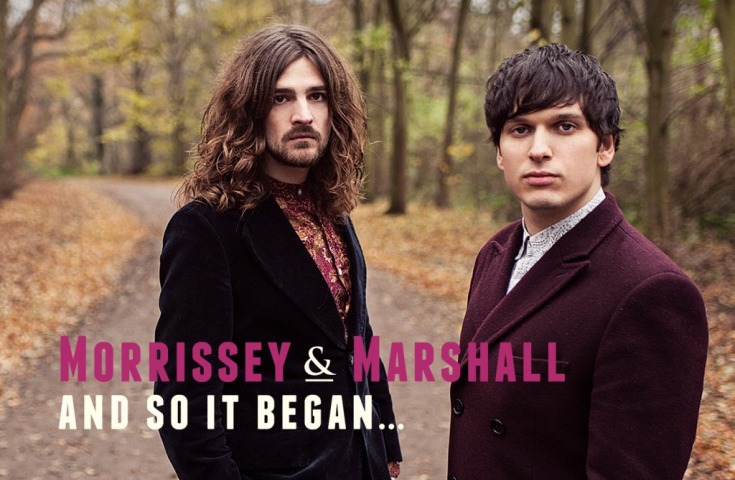 Indie-rock duo Morrissey & Marshall make a stylistically sharp and sonically vibrant début with their first full length album, And So It Began.

With the vibrant opening title-track ‘And So It Began’ the large-scale production, palpable melodic interplay and pop sensibilities that form the core of Morrissey & Marshall’s sound is quickly and effectively established. As the layered harmonies and hook-laden choruses of the song pulse to a swaggering beat the broad range of the group’s influences are blended to create a powerful introduction to the album itself.

As Morrissey & Marshall bring the expanding dynamic and sonic spectrum of And So It Began more into focus, tracks such as ‘Old Tree’ and ‘Mantra’ introduce the duo’s deep, harmony driven folk leanings that resonate and echo in hissing, reverberating sound scapes that give a sense of aspect to the more vivid indie-pop that is showcased in ‘Pack Up, Lady’.

While it could be considered that Morrissey & Marshall wear their influences on their sleeves throughout And So It Began, the duo augment and craft their pop-sensibilities with enough individuality to create a sound that is precise and relevant. Each track that features on the record feels considered, succinct and honest which are traits always to be admired in a début release.

Infused with a pure vibrant aesthetic, stylish production and mature song-writing, And So It Began is a well crafted introduction to Morrissey & Marshall. Incorporating the duo’s eclectic musical tastes with their joyous interplay the album contains flourishes of pop brilliance.

And So It Began… by Morrissey & Marshall is out now.