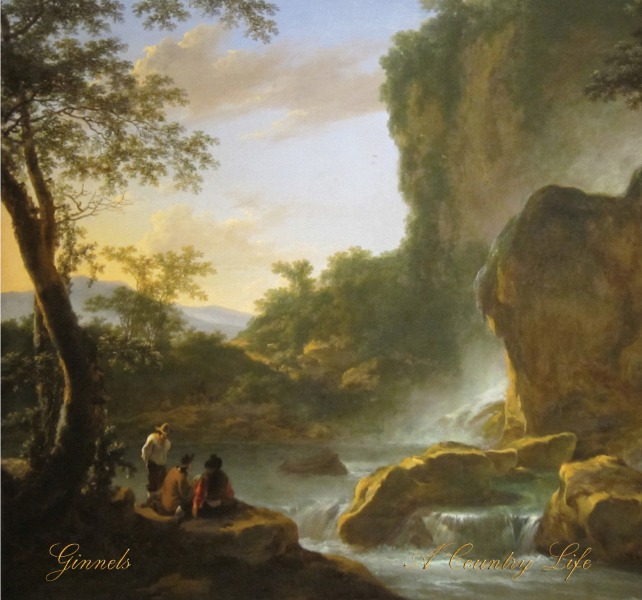 A Country Life , the new album from Ginnels, perfectly captures the band’s eclectic style with a record populated by passages of sonic beauty and textured noise.

The sheer musical scope of A Country Life is firmly established in the album’s opening numbers. Moving through a plethora of genres and inspirations tracks such as the chamber-pop tinged ‘My God’ and alternative-country blend of ‘Woodlands’ exemplify the broad sonic palette of Ginnel’s new L.P while still maintaining a common thread that keeps the record cohesive.

Dynamically diverse, ballads such as ‘Ashton Memorial’ howl with gorgeously composed harmonic textures that softly rise before building aggressively to a crescendo then receding once again into the recordings tranquil backdrop, creating a sense of aspect and juxtaposition to A Country Life.

In an album filled with indie-pop gems such as ‘Honestly’ and ‘God Brothers’, it is the jumping swagger of ‘Car’s Parked’ that truly highlights Ginnels immense talent both lyrically and musically. Infused with beautifully performed backing harmonies and jangling guitar create a hook-laden sound wherein Ginnels’ ability as a band to instill a deep-seated sense of harmony resulting in the album’s high water mark.

A sweepingly sublime album filled with moments of vibrant indie-pop flourishes, A Country Life effortlessly moves and evolves through it’s various influences and inspirations without ever seeming overwhelmed by them.

A Country Life by Ginnels is due for release on March 28th via Popical Island and Tenorio Cotobade.

3 comments on “Ginnels – A Country Life”