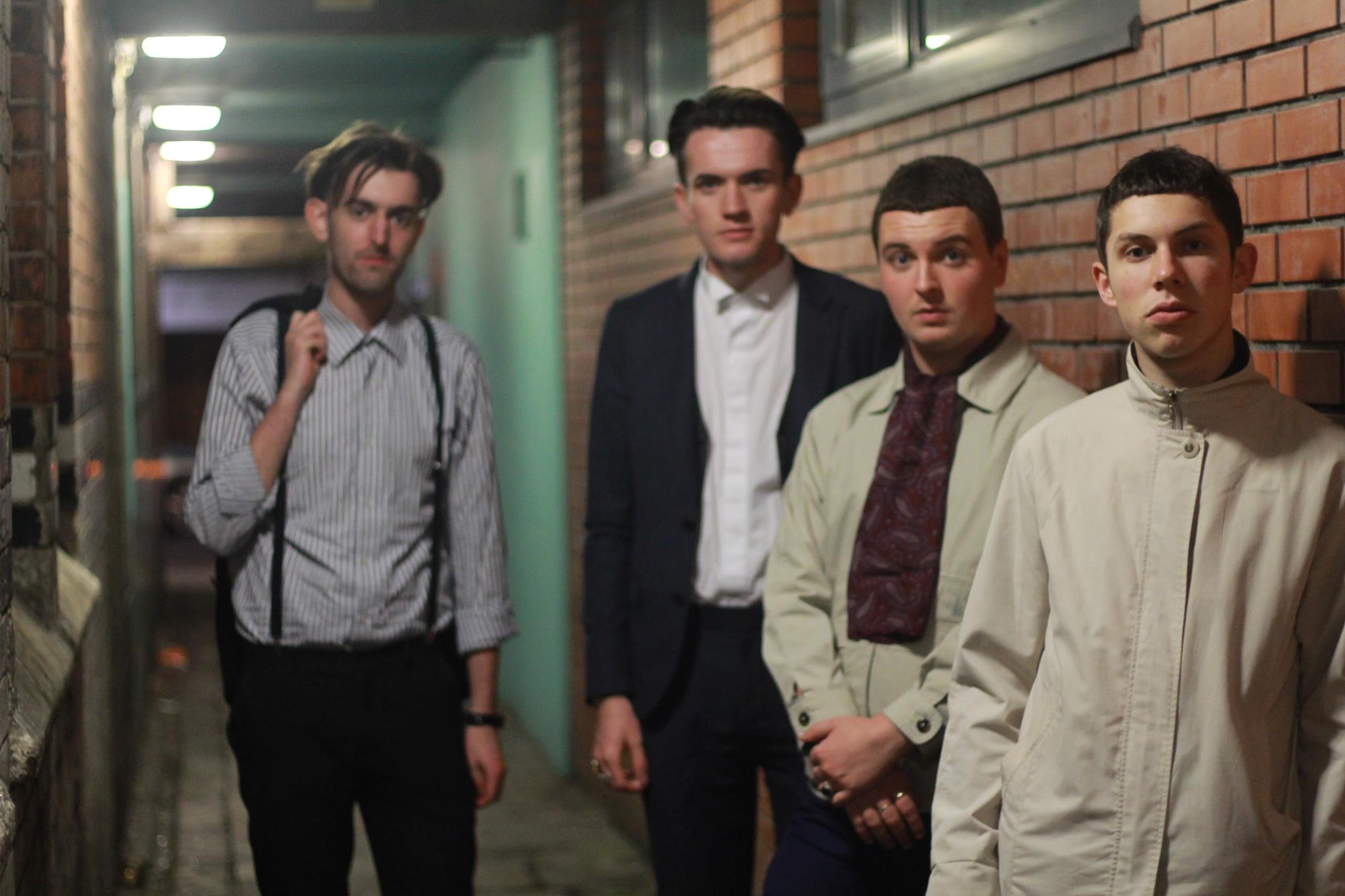 Opening with the visceral beat of Jonny Halpin’s drums and the sudden rush of the crowd towards the stage, GANGS set the tone of the night with a thrashing performance of ‘Daisy’.

With a palpable swaggering confidence, the group’s ability to capture the mood and imagination of their audience shined through as the sonic core of GANGS live sound found its centre in the group’s intense interplay, propelled by a driving rhythm section and Jordan Curtis’s snarling vocal delivery.

The inclusive atmosphere and aggression of GANGS’ sound emanated throughout the venue, and as the band powered through blistering rendition’s of ‘Saviour’ and new single ‘2 15’ the night took on a different tone. The relatable edge of the indie act’s music began to resonate with the crowd, culminating in both the four-piece and those in attendance feeding off one another’s energy, as each ponding, overdriven note rang out.

However it was with a rousing performance of ‘Do Nothing’ that the constant build of tension, anticipation and music reached its zenith. The crowd energetically responded to each vocal melody, thrash of guitar and primal drum beat elevating the intensity of the performance.

A matter of days before, Alex Turner of Arctic Monkey’s spoke of the resurgence of rock ‘n’ roll, and if that was but a tremor of what is to come the epicentre could very well be traced to Dublin City, more specifically Whelan’s, last Friday as GANGS are a definite sign of the polar shift that is happening in music at this moment in time. An exciting indication of the future.