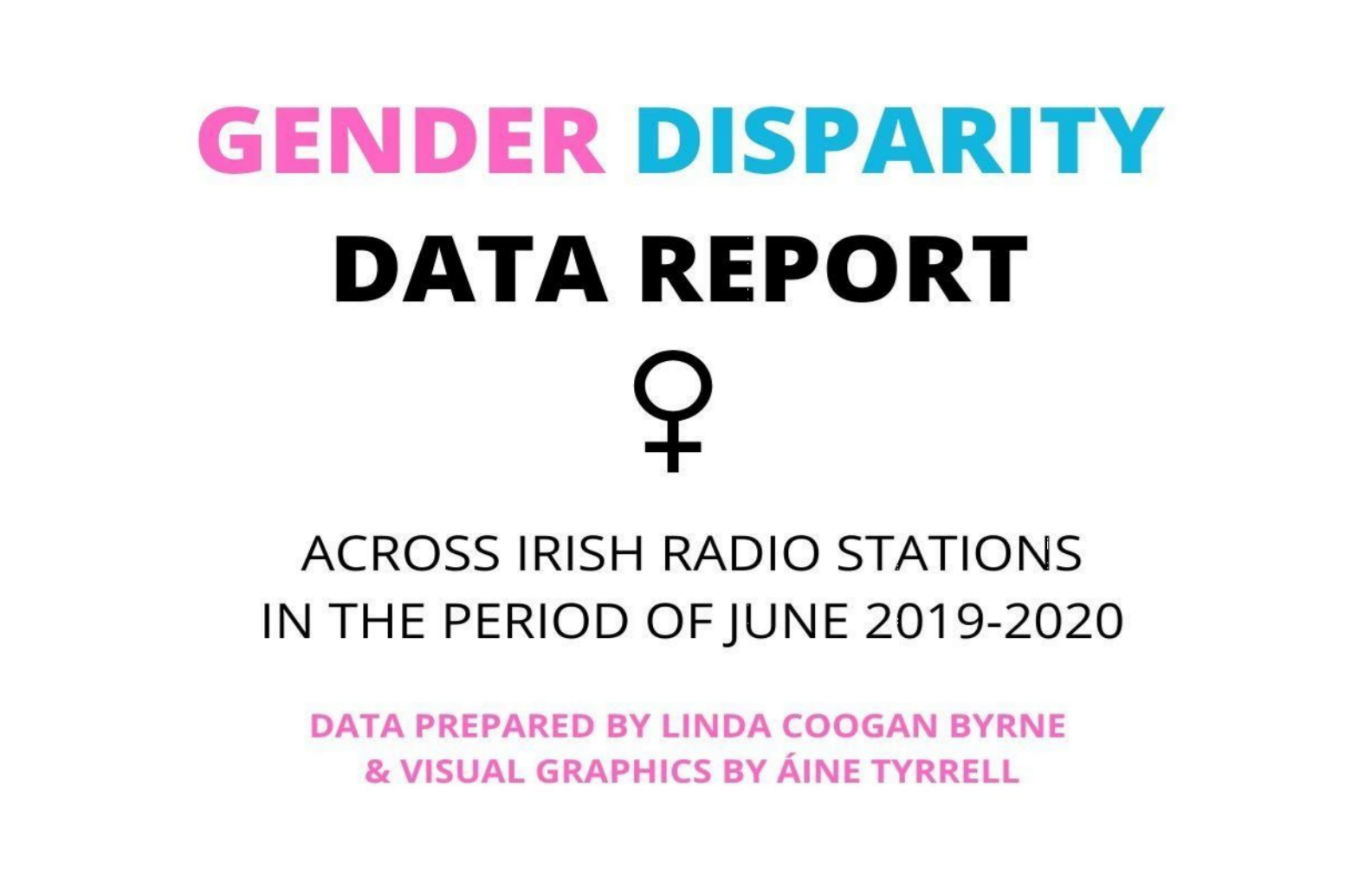 Music & Creative Consultant Linda Coogan Byrne spoke to The Last Mixed Tape about the findings and work behind her Gender Disparity Data Report. The results of the study where released today and highlight inequality between Irish female and male artists being played on individual Radio stations across the country. See the full report below.

What was the catalyst to compile this report?

The importance of gender equality is what prompted me. The importance of celebrating our female talent. I am 15 years working in the music industry. I have worked with artists ranging from Marilyn Manson, Alison Moyet, Groove Armada, Joss Stone, Underworld, Royksopp, The Saw Doctors, Countings Crows, Aimee, Kehli. Literally every genre you can think of and acts from the starting point and those who have established themselves in the history books in the world of music. But there is one universal theme in all my time working in the industry and it is that there is a different set of rules with male and female acts. I mean it shouldn’t surprise me still as I have been around a long time working here…but it does. It bothers me that a man can literally achieve a million times more impacts on radio in just a few weeks than a woman can in a whole year. Same genre, same remit, same production values, same quality but not the same opportunities are being given. Where does the race start for a man and where does the race start for a woman in their music careers? It feels as if there is a different starting line for one over the other. This report clearly outlines that obvious fact, or flaw for want of a more suitable word.

The findings show a large disparity between Irish female artists and male with the male artist being played in an overwhelming majority. What was your initial reaction to this?

I mean, it shouldn’t have shocked me as much as it did as I wanted to believe that playlisters were not so blatantly gender-biased but the stats don’t lie. Whether it’s conscious or not, they are. I cried… A few times while putting it together. Especially when it came to putting the visual data together with Aine. It was so stark. So contrasting. So in your face. Disappointment. Sadness. Anger. What do we have to do as women to be taken seriously? What do the female acts in Ireland need to do to be put on heavy rotation playlists so that they can have a successful career like Gavin James, Hozier, Dermot Kennedy or Picture This?! I want these questions answered and I am not taking some half-arsed ‘the quality or the quantity isn’t there’. There are 39 women on RuthAnne’s charity single ‘Dreams‘ which has taken a tribe of PR and Management to back it from Hoziers Manager to their label and friends in PR pushing it out. But It shouldn’t take the tribe of over 50 women who are all equally amazing at their jobs to put out a single track that is now being played and getting decent airtime. Think about that for a minute. 1 song over 50 women. And then think about all the airtime single male acts are getting on the daily? In the last week alone Dermot Kennedy has reached 3.7 million impacts across radio in Ireland. Women In Harmony with again, over 50 women apart of the project and in the full throttle of a heavy campaign has received 2.5 million impacts. We need to take a look at a very flawed system. Then seek a solution.

Why do you think there is such a gap when it comes to Radio?

Because men get better opportunities than women do. Data doesn’t lie. Who compile the playlists? Mostly men. There is a trend here isn’t there?

In the report, RTÉ Radio One is the only station to come out with 50% male and 50% female while stations like Today FM and RTÉ 2FM (two of the largest stations in the country) come out with 10% and less. Why do you think a station like Radio One has a far higher percentage than the others?

Good question and one I wanted to know so I rang the station and asked one of the senior producers Martina McGlynn. She said the following: ‘We strive for quality throughout our music schedules on RTE Radio 1. We really are spoilt for choice as there is so much wonderful Irish music out there right now. Nevertheless, we are acutely aware of and remain very mindful of gender balance and diverse representation across the music that we schedule. Ultimately, all of our presenters play a pivotal role in bringing a wide range of music to our listeners chosen for its distinct quality, and I’m delighted to see that quality represented equally in both female and male artists. Going forward, we will continue to strive towards equal representation across our music schedules’. So if RTE radio1 can mindfully choose a gender-balanced playlist, the rest of the stations shouldn’t have the same issues.

Do you think similar stats need to be carried out across the music industry such as festival line-ups, Radio DJs, online playlists, etc?

Absolutely yes. This is all systematic across every area of the industry. The serious lack of female representation on festival line ups is horrendous. We need to take a look at the industry model as a whole and remould it to reach gender balance and diversity. It has to happen and I believe if enough of us work towards making it a goal to be reached instead of tweeting an opinion on it then it will be done sooner. Actions speak louder that tweets.

What do you hope the Irish Music Industry and the listening public take away from your findings?

I want the powers that be in radio to take a long hard look at themselves and their teams and to take a moment to think about how they are shaping our culture of music and the next generation of acts to come from Ireland. There is no shortage of incredible female acts in Ireland such as those listed in the pages of the report but they are not getting the airtime they deserve. We also have the same wonderful diversity that the UK has yet Irish radio stations are not showing support. There is also only 1 act in the entire list on the Top 20 who is from the Black community. Yet look at the wonderfully diversified culture of acts coming from Ireland such as JyellowL, TebiRex, Tomike, Tolu Makay, Chris Kabs, Celaviedmai…If we look to the UK we see a diversity of breakthrough acts in the last decade like Amy Winehouse, Adele, Mabel, Dua Lipa, Jess Glynne, Jessie Ware, Raye, Jorja Smith, Sinead Harnett, Ellie Goulding, Rita Ora… the list goes on and on. Where are our countries breakthrough female and diverse acts of the last decade? The last time Irish radio supported female acts it was the era of Sinead O’Connor, The Corrs and The Cranberries – whose hit song ‘Dreams’ was just covered by 39 of Ireland’s many incredibly talented female acts lead on by RuthAnne. In a Post-Covid world, it’s time to create a new normal as the old one wasn’t working for everyone, least of all its female acts. It was only working for the privileged exclusively white males steering the industry standards. It is time we stopped pandering to that outdated model. It is time for inclusivity and equality for all, and we want to stop hearing that women are strident when all we seek is equal opportunities. I want people to reach this conclusion when they see the data report and to take away the thought that things NEED and HAVE to change. Because Ireland has over the last decade and its time radio caught up.