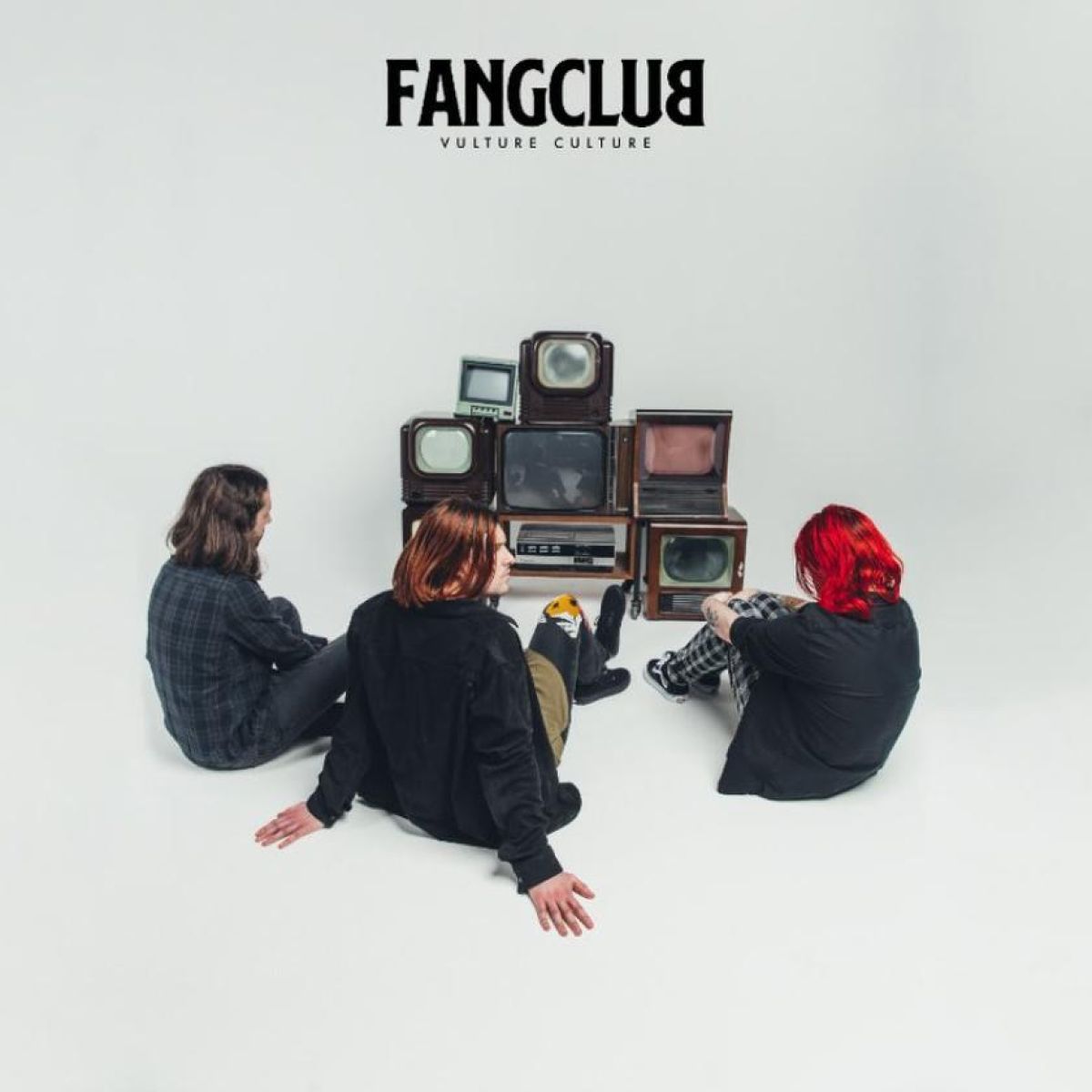 An album presented through a prism of restless malaise, Fangclub’s second full-length offering Vulture Culture is a record that lies on a knife edge between tense serenity and all-out frustration, constantly transmitting overtones of disconnection, angst and fury.

This undulating dynamic core is conveyed from the beginning, as the uneasy repose of ‘Last Time’ slowly and purposefully builds to a great swell of sharp-edged trudging guitars and hard-hitting drums, changing both the underlined meaning of the song through a sonic twist in the tail.

Although Vulture Culture has this underlined tonal augmentation, Fangclug still makes the record accessible through the pounding alt-rock gem of the title-track, which quickly and succinctly follows the sprawling ‘Last Time’, while portraying the social disconnection explored throughout the record. A key aspect that is followed through in the post-grunge of ‘Nightmare’ and intricate no wave guitar lines of ‘Kingdumb’.

Indeed, Vulture Cultures finds its zenith when combining the thematic introverted perceptions of the songwriting with the gritty, unforgiving sound of Fangclub, with particular attention to the production capturing this energy. Nowhere is this more apparent than on ‘Hesitations’, a song that is persistent in its all-encompassing heavy alt-rock sound but also has hooks that grab you into said sound and pull you further in.

Fangclub has honed their craft since the trio’s self-titled debut, and with Vulture Culture created a sense of clarity within the powerful clash of grunge, alt-rock and no wave that shimmers beneath their music. Drawing more thematic aspects into the mix, the album shows just how the band can contort their core sound and add to it, making for a record that can be patient in one moment and immediate the next.

Vulture Culture by Fangclub is out now.