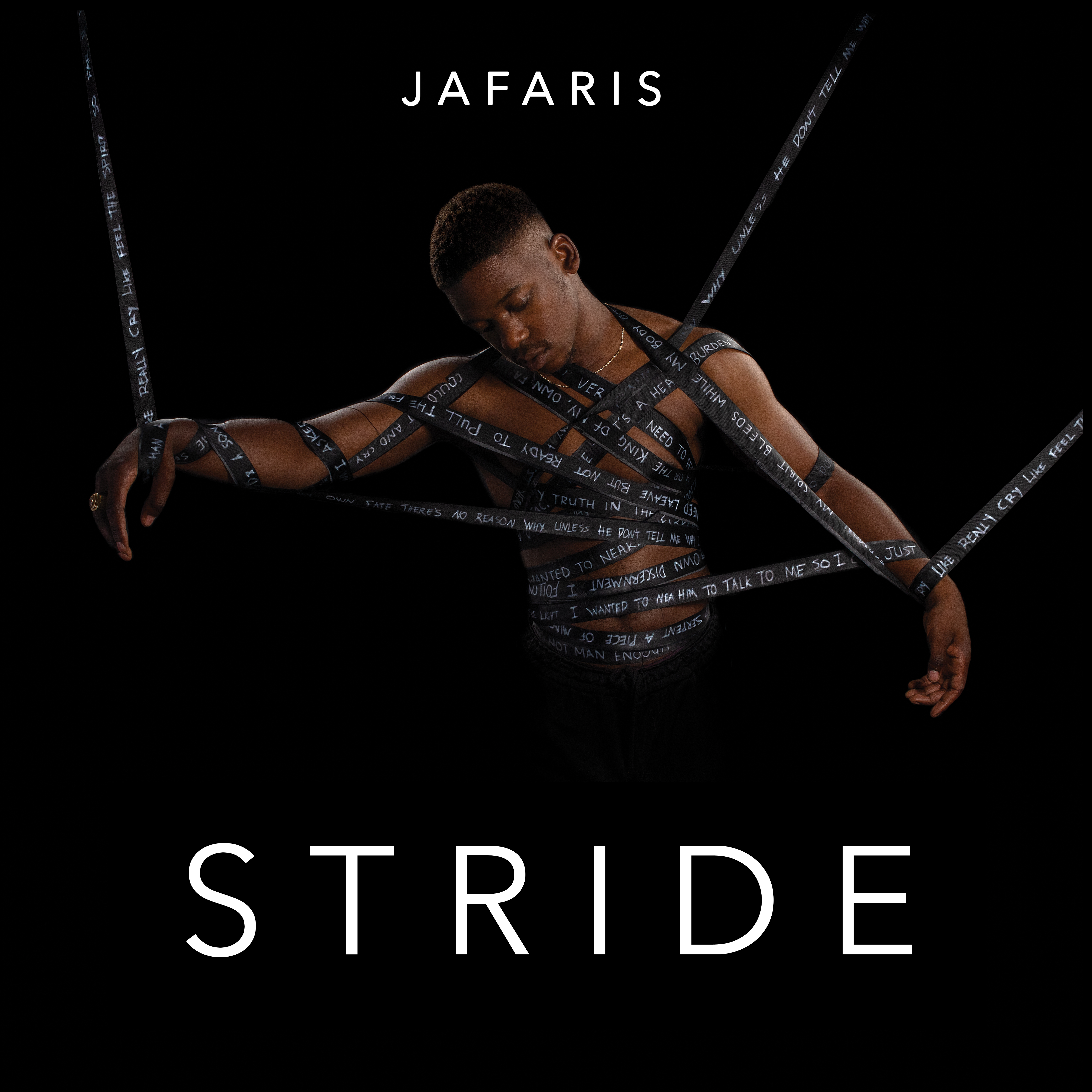 Stride is an album about choices. Throughout his debut outing, Jafaris takes no half measures, choosing to instead make a record that filled with both sonic and lyrical statements resulting in a bold album in more ways than one.

Indeed, Stride opens with a statement. The lo-fi trudging beats of the title track that gives way to a forceful run from Jafaris that includes lines like “I need direction, I need to feed off my desertion. I follow sheep, I’m not man enough to reject the serpent”, from this tense beginning the themes self-reflection, breaking free and moving forward all come to the fore and are mirrored in the words and music.

Behind this lies a melting pot production that supports Jafaris and his words. Stride is a highly stylised album, slick and gritty textures contrast on songs like ‘Brothers Keeper’ (and again on ‘Keeping Brothers’) with its slow-burning piano and scattering beats, the brooding hypnotic sound ‘Shanduka’, or the urgent rhythms, quick snap raps and vibrant choruses of ‘Found My Feet Again’, all make for a record that has a sonic narrative that follows the lyrical themes with genre flourishes that punctuate each track.

But its the central theme of growth that forms the core of Stride and its stand-out track ‘Time’. Moving on from the doubt and introspection that opens the album, ‘Time’ draws a line in the sand and finds Jafaris (and the sound of the album) finding a moment of resolution, “sometimes I think you need is just some time for yourself. Get up, get out, go find your peace”, a mantra that the record continues to search for and interpret.

Jafaris exudes confidence and its only fitting that his first album feels like it could be his second or third. He is an artist with a laser-focused sense of self, from the start of Stride it’s clear that he’s made exactly the record he set out to make, one that tells us who Jafaris is, was, and will be.

Stride by Jafaris is out now.