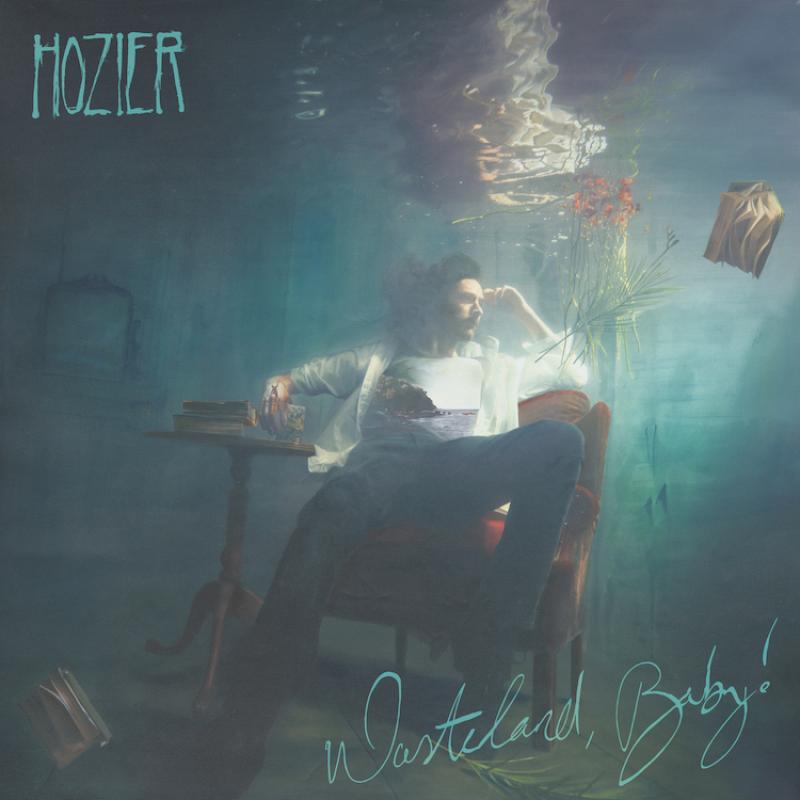 Wasteland, Baby! is an album met with an insurmountable amount of expectation, some looking for nothing short of a triumph and others looking for a failure that will affirm a perceived backlash to the hype. The truth, however, is more complex. Wasteland, Baby! is certainly a better made and written album, but what it gains in sheen it loses in impact. While 2014’s Hozier felt slightly unwieldy, Wasteland, Baby! feels like a more measured affair.

The most striking aspect of Wasteland, Baby! is its overall sound. In tracks like ‘Almost (Sweet Music)’ and ‘Nobody’, the production feels assured and in control this time around. Every beat, strike of guitar and lush harmony fully supports Hozier’s vocal, his strongest asset, in a way his debut did not. All the elements are in place, allowing Hozier to create a cohesive mood throughout that results in a record with a clear beginning, middle and end.

Wasteland, Baby! is also a darker offering. There are real moments of stark repose such as the soft-spoken opening of ‘As It Was’, while the slow-burner ‘Movement’ (a high water mark in Hozier’s career, not only the album itself) makes great use of Hozier’s powerful dynamic vocal control. These moments are what elevate the record as a whole, and allow for Hozier to use his beguiling voice to twist and turn the tension that lies at the core of the album around the listener, drawing them ever closer with each word.

In many ways Wasteland, Baby! is a more accomplished album than its illustrious predecessor, but much like a Hollywood sequel with a bigger budget, bigger stakes and a bigger audience it fails to capture the same spark that made the original stand out, even when the production itself feels grander. Indeed, the ghost of ‘Take Me To Church’ looms large over Hozier’s second outing, and trying to recreate the cultural and social impact that song, and its accompanying music video, achieved is like trying to catch lightning in a bottle.

This is where Wasteland, Baby! stumbles, it can never clearly let go of that past formula. Nowhere is this better captured than ‘To Noise Making (Sing)’. Sounding like an off-cut from his self-titled debut, there’s a contrivance to the track’s hand clapping, post-gospel, sing along songwriting that makes it feel like a pastiche of Hozier rather than the real thing. While ‘Nina Cried Power’ swings for the fences to match the bombast of ‘Take Me To Church’, it ultimately falls short. However, the album’s high stylization ensures that these missteps are certainly never boring.

Interestingly, these flaws do highlight the growth shown in other tracks in Wasteland, Baby! like ‘Shrike’, a song that adds a stronger sonic and textural contrast within the context of the album as a whole, and does mark one of Hozier’s true boundary-pushing moments.

All in all, Wasteland, Baby! has steadied the ship. A step in the right direction, the record shows what Hozier can do on a bigger budget and that he can withstand the pressure of media expectation and hype that has followed him so early in his career. And, while his sophomore offering won’t set the world alight in the same way his first record did, Hozier has proven himself more than a one-album wonder and has put some distance between himself and the aforementioned preconceptions. More of the same, but better.

Wasteland, Baby! by Hozier is out now.