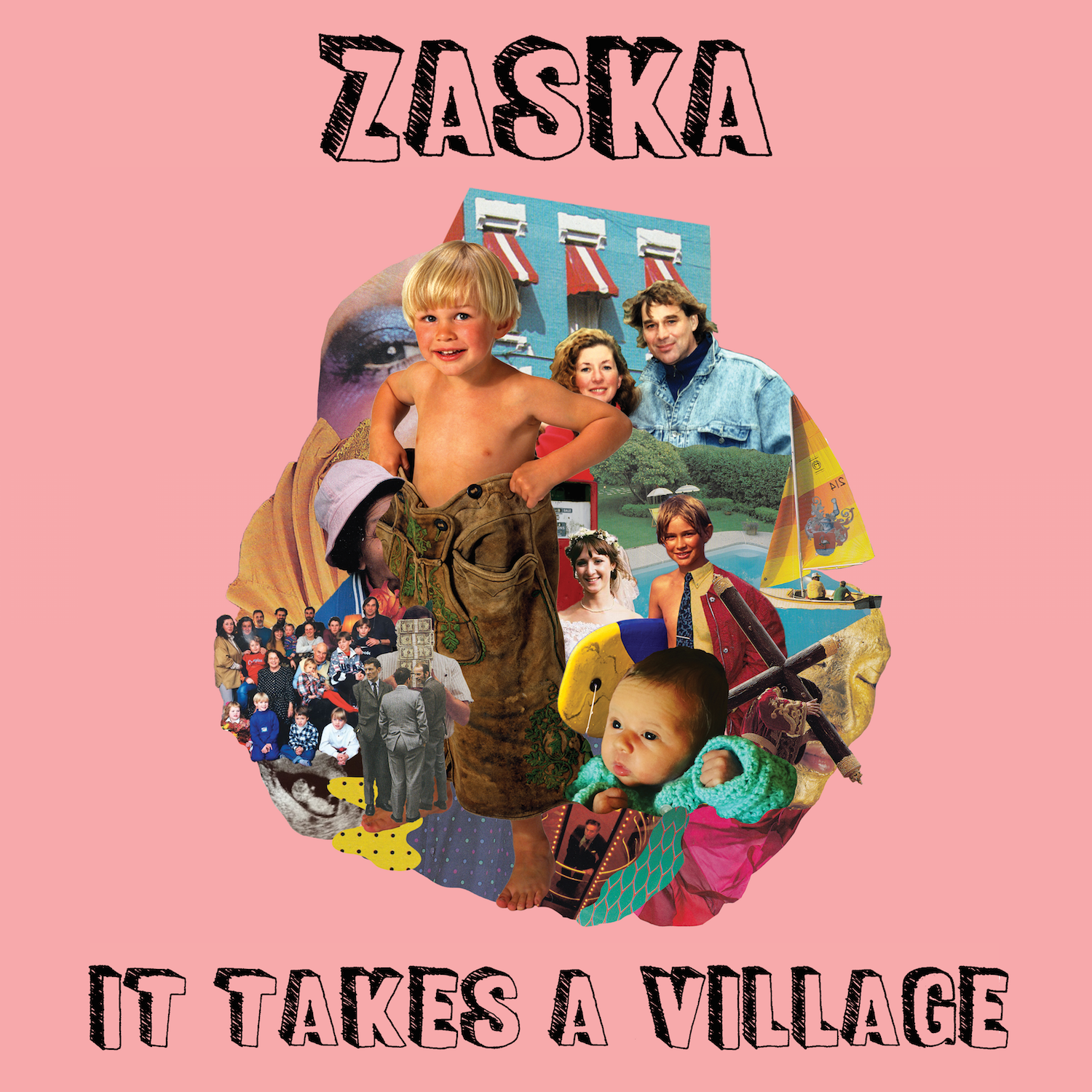 The Last Mixed Tape reviews It Takes A Village, the much-anticipated debut studio album from Zaska.

Music seems to come so naturally to some that it exudes from them in a way that seems essential to their being. This need to express oneself musically is cathartic, for both the artist and the listener. It Takes A Village is definitely that type of record. The debut outing from Zaska, which features a host of collaborations, finds him creating an album that feels like everyone involved not wanted but needed to make it.

A melting pot of Soul, R&B, Funk and Jazz, It Takes A Village brims to the top with musicality. From the stop-start beat of ‘My Body’, which finds the Zaska colliding with the agro-soul sound of BARQ, to the gentle wonder of ‘Wear’ featuring the soft vocal harmonies of Wyvern Lingo and back to the rolling rhythms and soulful vocals of Loah & Emma Garnett on ‘Cannot Will Not’, the record cohesively moves and shifts dynamically, taking the listener on a journey that introduces an eclectic cast of characters and sounds (Carly Coonagh, in particular, makes two impactful appearances).

This great melding of sounds results in the record’s high spot, as Zaska and Louise Gaffney deliver the infectious hook-laden chorus of ‘It’s Ridiculous’. A song that bounces along from start to finish, the music of ‘It’s Ridiculous’ weaves and flourishes with aplomb as Gaffney’s pin-point vocal takes centre stage, making every syllable and melody line count.

Indeed, it would be easy for an album that features guest spots from such a wide array of artists to have no identity of its own due to all the strong sonic personalities dipping in and out of the record. However, for the most part, Zaska is able to turn this issue on its head by allowing the overall vibe of It Takes A Village to take precedence, with the different artists being cast for the songs rather than the other way around. This approach further plays into the communal, collective feel of the record that rarely falters, save for a few filler tracks (see: ‘Perspectives’ and ‘Doubt’).

It Takes A Village by Zaska is out now. Photo credit: Dara Munnis.