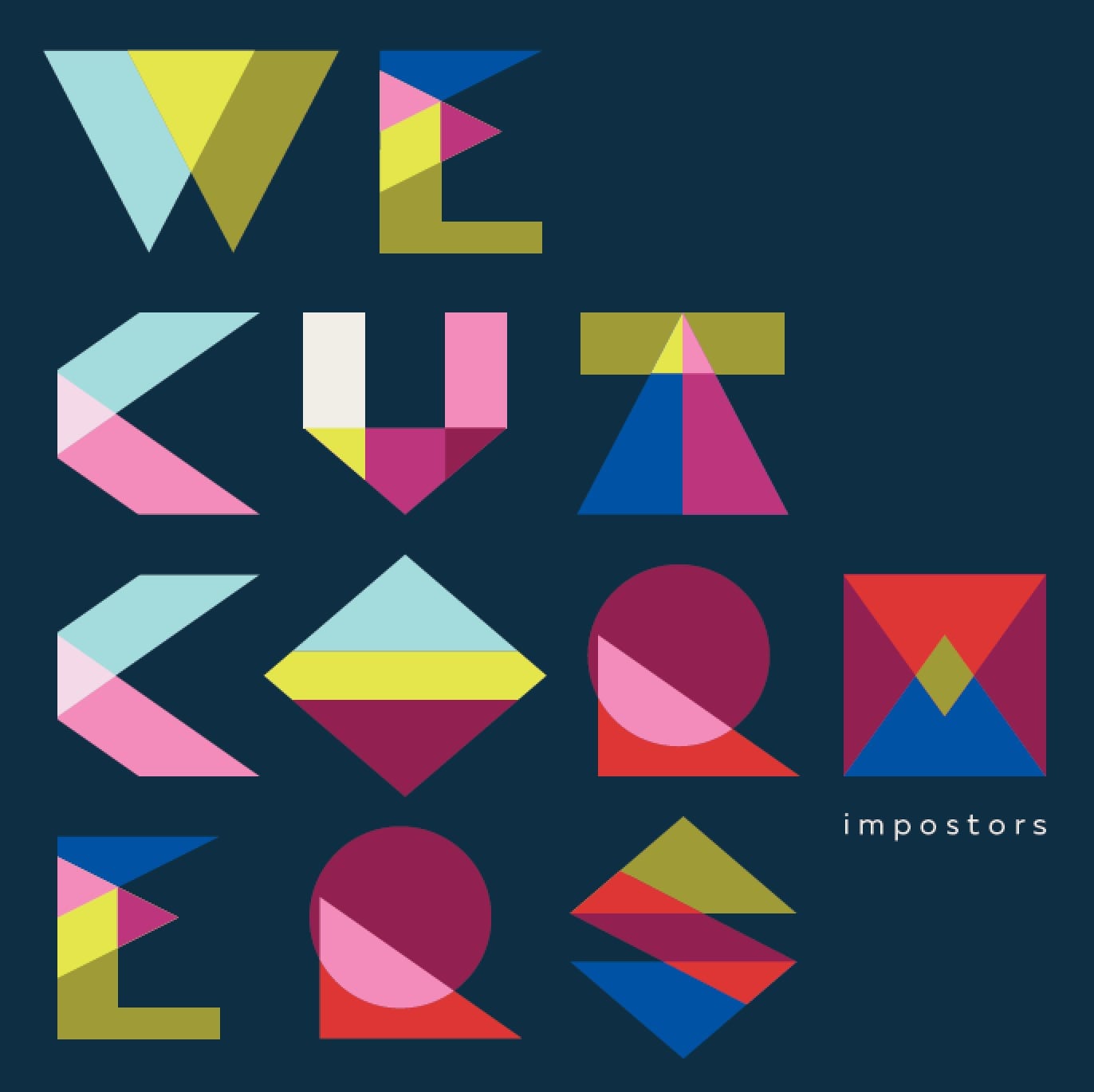 Imposters is an exercise in the art of abstraction. An album that folds wistful folk upon hard dynamic passages of indie at will, We Cut Corners fourth offering finds the duo shaping the sound crafted on previous outings, think the gentle ambiance of The Cadence of Others and the impactful nature of Think Nothing, into a more sonically cohesive whole that contains moments of pointed drama and obscured repose that feels sudden but earned.

What becomes clear in Imposters is the sense of underlined cause and effect that runs right through the album. The washing textures of ‘Stranded’ come right after the spikey alt-rock of ‘The Specialist’ and before the thumping, hard-edged ‘Eke’, making the record move musically from one moment to the next, never getting held down by what could be the weightier elements and keeping the balance going throughout.

This contrast allows We Cut Corners to push and pull the overall aspect of their music whilst also staying true to the central sonic themes of the album itself. While the background of Imposters is alive with glistening, reverb-soaked soundscapes that come to the surface in the title track, the foreground is dominated by a turbulent collision of post-punk-esque isolation like that heard in ‘Laughing Manically’.

The high-water mark of Imposters, ‘Laughing Manically’ captures the light and dark juxtaposition at the heart of both the record and the band perfectly in a track that screams, tumbles and reaches out from the speakers, whilst the aforementioned sense of atmosphere and abstraction rests in the periphery just slightly adding a sense of tension.

Going into their fourth album it felt like We Cut Corners needed to make a statement, something to shack the walls and kick the rocks a little. It’s to the duo’s credit that Imposters does just that whilst also maintaining the more abstract, subtle characteristics of their music. There’s always an air of deep beauty and pathos to their work, but now there seems to be more urgency. A powerful listen.

Imposters by We Cut Corners is due for release on October 12th.