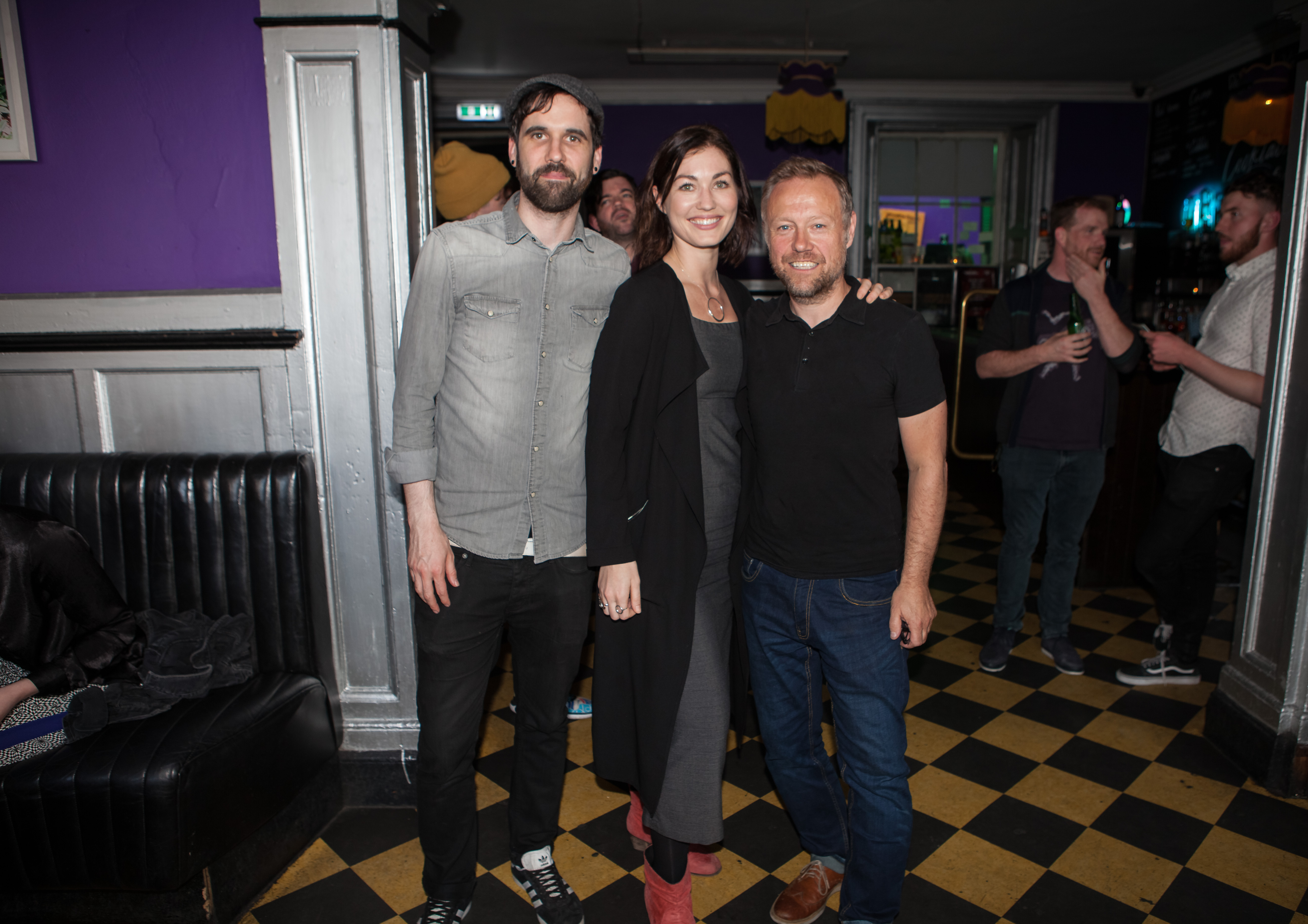 The Dublin Quays Festival 2018 kicks-off tonight with five nights of live music from some of the Irish music scene’s most promising acts performing at the Sound House/Wiley Fox, Grand Social, Workman’s Club, Sin É and Liquor Rooms. The promoters of this year’s festival recently took the time to talk to TLMT.

Christina Quill (Sin É)
Honestly, the last record I bought was a copy of my old bands’ record, my friend was selling some bits to raise money for the Jocelyn Blake Cancer fund… The record came up for sale and I hadn’t a copy of my own vinyl, my copy had been lost in the ether… and we had none left… So I bought it back to raise money for Jocelyns cancer treatment was also nice on have it back on my shelf at home. The record was Cujo Family – Stories of Ruin.

Andrea Keogh (The Sound House / Wiley Fox)
Malojian’s album in Rollercoaster Records, Kilkenny. You’ve just reminded me that I haven’t bought a new record in a while…. thanks!

C.Q.
The Olllam – The Tryst after Death… that whole album is insane. It’s their only album self-titled The Olllam. Can’t wait to see if they will be bringing out anything else as their touring Ireland at the moment, I hope we hear more from them.

A.K.
James Vincent McMorrow’s new track. It was out a week before I got a chance to listen to it in full. SHOCKING carry on!

DQF will showcase some of Ireland’s best up and coming acts. What’s your take on the Irish music scene at the moment?

V.C.
I don’t think there’s ever been a better time for music in Ireland than right now. The talent and range of up and coming acts is unbelievable. I think we have on our shores at the minute many acts that will reach an international level and with good reason.

B.O.R.
I think it’s a great time for Irish acts. So many new acts popping up trying new angles with different genres. I think there has always been a lot of Irish talent out there and it is only getting bigger and better.

C.Q.
Vibrant! It’s been morphing into new territories as of late, so much hip-hop coming through right now, a sound that Ireland just didn’t really have much of before. Most the hip-hop we would have had in years previous could be seen as being sort of contrived and almost an imitation of the American hip-hop culture. Where now whats being produced here, is very much our own. It’s a new sound not being done anywhere else in the world. Now Irish hip-hop is a real thing and it’s awesome!

A.K.
It’s an exciting time for a lot of up and coming acts. The lines of promotion are changing, which is interesting to watch. Young artists making their own waves and being more creative than ever. Exciting to see the likes of Erica Cody, Le Boom & more filling festival tents. A lot proving you don’t have to go the traditional route to being heard. That said there’s still a lot of artists who don’t get the recognition they deserve which is frustrating. That will probably never change.

What do you hope festival-goers will take from this year’s event?

V.C.
I hope they discover something new that they may not have seen before. That’s the benefit of having the festival across so many venues while still being free in. There’s no risk to popping into something and checking it out and then maybe leaving a fan of an act you wouldn’t have known before.

B.O.R.
I hope more people will find so many new acts to listen to after the festival and realise how far the music industry in Ireland has come.

J.B.
A willingness to go check out more local acts.

C.Q.
Again I hope festival-goers will see the dynamism and vibrancy in the music that Irish artists are producing. So many different sounds going on. In Sin E for The Dublin Quays Festival 18, on Thursday, its electro with Tanjier opening up the event. Friday we have pure Irish hip hop with Why Axis and spoken word from Emmet O’Brien. The next night on Saturday is totally different again with Mike Paterson, Alfi and Robert John Ardiff who are steeped in folk and traditional music. It really is a melting pot of genres… But sure what is a genre to go by anyway they’ll just have to come down and check it all out!!!

What was your highlight from last year’s DQF?

V.C.
It’s so difficult to pick out one highlight but if I had to choose I think Orchid Collective would be mine, it was an amazing show.

B.O.R.
We had Sorcha Richardson play an intimate stripped back set in the Liquor Rooms. It was incredible you could hear a pin drop with everyone listening so intently to such amazing music.

J.B.
Seeing Leila Jane & The Healers for the first time in Sin É. A star in waiting.

C.Q.
My highlight from last year! Leila Jane and The Healers, shes like a sort of Wanda Jackson or a reincarnation of Elvis in female form! She was playing with her full band which just get this sort of rockabilly, David Lynch, Chris Isaak buzz going and it’s amazing. Every time I watch them cant believe they’re just playing right on my own front doorstep! It’s a pleasure!

A.K.
Can I have two? I guess for me one of the main highlights was seeing all the bookers pull together and create a 4-day festival filled of music and all free, thanks to our sponsors Heineken. We’re in competition with each other the rest of the year (HAHA). Musically, there was a lot but walking into the Workman’s to see the amazing Orchid Collective play a really beautiful set to a jam-packed house topped it for me. I only caught the tail end of the gig but it was magic!