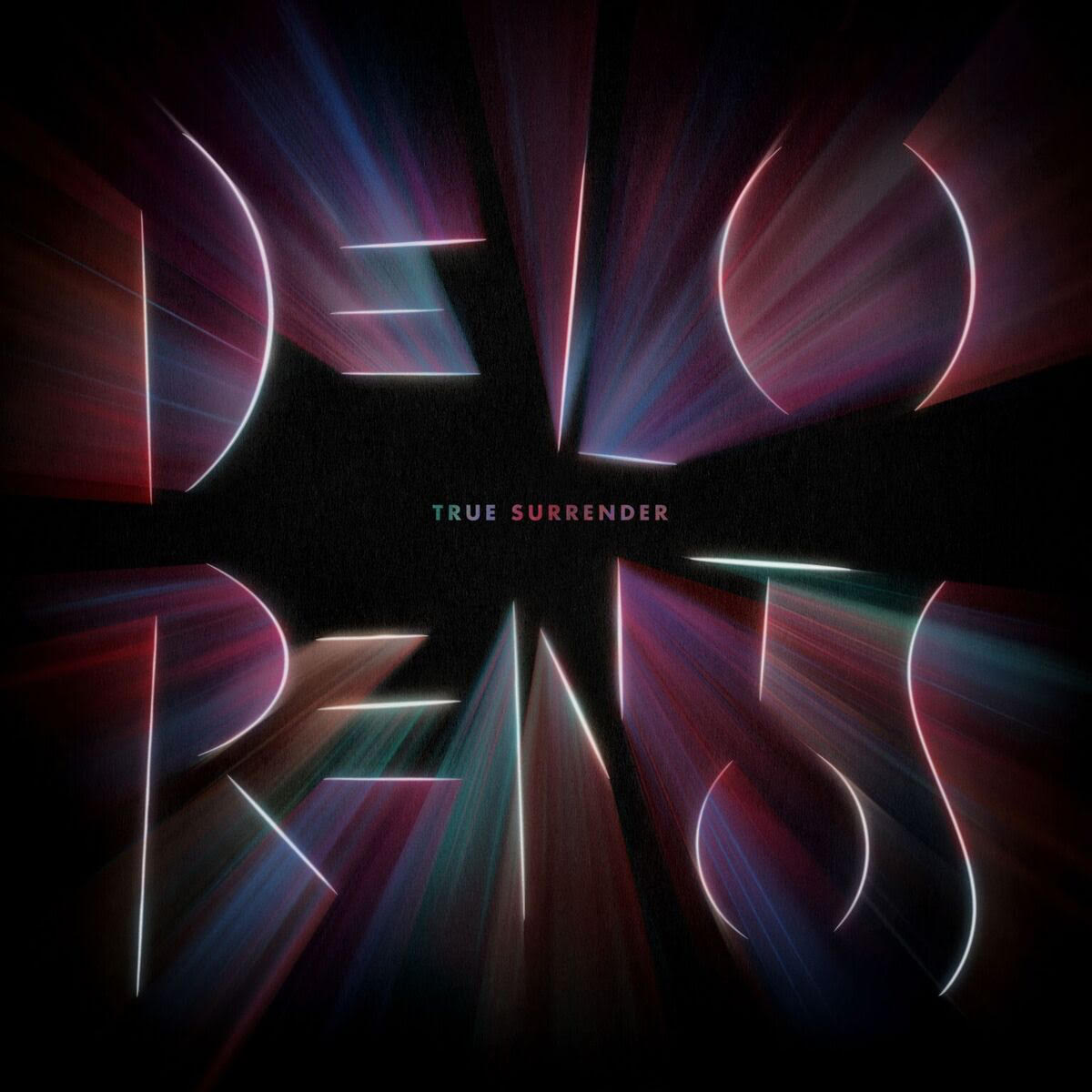 True Surrender is an album of pure sensation. Delorentos’ most cohesive offering to date, the record has a bold over-arching sound that resonates throughout. Indeed, the group’s fifth outing makes a definitive statement that success has not rendered them motionless.

The sense of place Delorentos have created sonically within True Surrender is clear from the start. The subdued ‘Stormy Weather’ bathes in this multi-textural production, then bursts into life with sudden dynamic passages that quickly establish the scope and depth of the album as a whole.

Once the scene is set, songs such as ‘Islands’ and ‘Eagle Eye’ continue to build upon the record’s strong textural foundation, introducing tumbling rhythms, bold songwriting choices and much grander melodies to the mix. All of these elements add to the overall experience, but they are not what truly lies at the heart of True Surrender.

One must only look to the album’s lead single, ‘In Darkness We Feel Our Way’, to see that Delorentos are a band still willing to push their own boundaries. Starting with a vocal sample that is completely left of field but somehow apt, the song encapsulates the fervid creativity that characterises True Surrender.

This is further elaborated on by the fuzzy, frantic pulse of ‘Deep In The Heart’. Combined, these two tracks are the sound of Delorentos redefining how others will define them in future. Making the question as to whether or not the group can be referred to as “indie rock” from this point on a pertinent one.

With all this forward movement it would be easy for Delorentos to lose themselves in a haze of self-contained experimentalism. This is where ‘In The Moment’ steps in. Merging delicate hooks, sing-a-long choruses and pin-point songwriting into one big radio hit, the song highlights that Delorentos did not sacrifice who they were as a band along the way. Instead, they’ve been able to incorporate new ideas into their music in order to make it grow.

Success can make an artist stand still, frozen to one spot and unwilling to move out of fear of losing what made them successful in the first place. True Surrender is a reaction to this process and identifies Delorentos as a band brave enough to follow their own inspirations as naturally as possible. A career high for the group, True Surrender isn’t different for the sake of different, it’s just simply different.

True Surrender by Delorentos is due for release on Friday, April 27th.