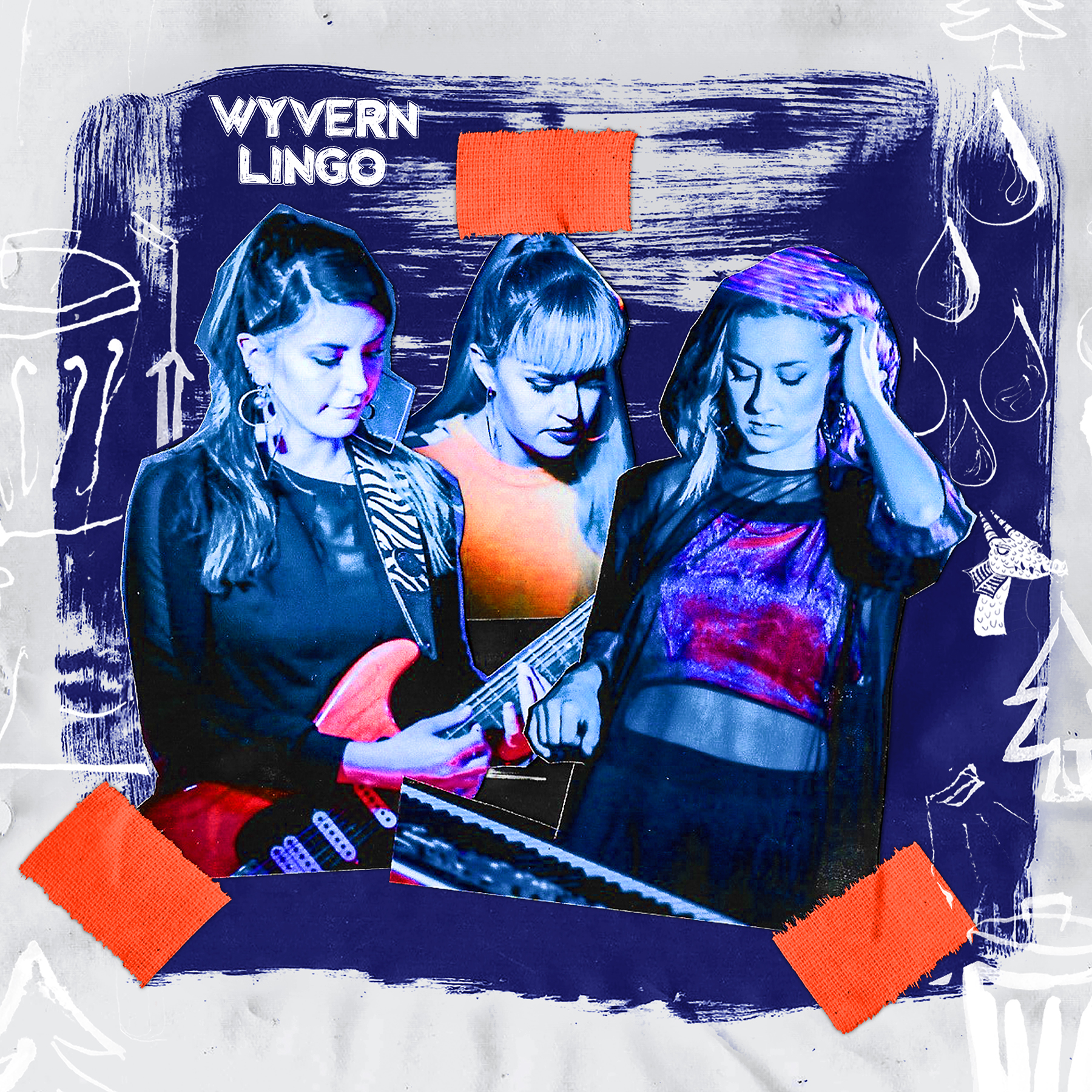 It’s important not to become a prisoner of the past. When Wyvern Lingo first emerged onto the Irish music scene their sound could best be described as “folk”. And while their early outings followed genre expectations, I was left with a feeling that something more lay beneath.

Cut to four years later, via several sonic sea changes in between, and there’s been a lot of hype in the build-up to their debut album’s release. Some of which no band could possibly live up to. This makes things difficult for acts such as Wyvern Lingo. Hype can be fatiguing, blinding and ultimately off-putting. With this in mind, the three-piece have hit the mark that they’ve been travelling towards since their early days, regardless of outside perspectives or interests.

From the opening harmonies (a definite focus of the record) found in ‘Out Of My Hands’, the R&B/pop fused sound of Wyvern Lingo is set precisely and confidently. Everything seems to be in its rightful place. Vocals weave, rhythms move and guitars jolt, all complimenting one another deftly. This sonic aesthetic flows throughout the record. Whether it be the pulsing of ‘Crawl’ or the slow-beat of ‘Fountains’, the pristine feel of the music is clear and given purpose by the group’s concise songwriting.

The scratching guitar of ‘Dark Cloud’ also presents a different textural side to the album. Merged with the dominant harmony driven core of Wyvern Lingo, the song adds a slight sense of grit to proceedings, while giving an almost light and shade effect. Especially given the lyrical subject matter.

Indeed, lyrics play a large part in Wyvern Lingo’s subtext as an album. While the sound of the record plays into R&B and pop conventions, the words do not. Whether it be gender stereotyping, seen in the Choice Prize nominated ‘I Love You, Sadie’ or social-political issues covered in ‘Out Of My Hands’, the record’s strongest point is what it has to say. Therefore it’s fitting that so much emphasis is placed on clarity. The power of the message lies in the vocals.

However, there are moments in the record when I wanted something bolder to occur sonically, in order to support these themes and expand upon the record’s strong songwriting foundation. This never quite happens (although ‘Fear’ comes close) and the lack of conviction or willingness to push things forward in the album’s production is a small but persistent flaw.

Wyvern Lingo could have stayed in position and done what was expected of them so early on in their career. But instead, they grew as songwriters, they grew as people and , most importantly, they grew as a unit. All of which is shown in great detail on this album. Their first full-length outing is a success. One that will put Wyvern Lingo firmly on the map not only in Ireland but further afield. The hype will persist, for good and for bad, but if Wyvern Lingo continue to sidestep the trappings of such attention and write music that’s representative of who and what they are as artists, then the future is wide open.

Wyvern Lingo by Wyvern Lingo is due out on Friday, February 23rd. Photo credit: Ruth Medjber.