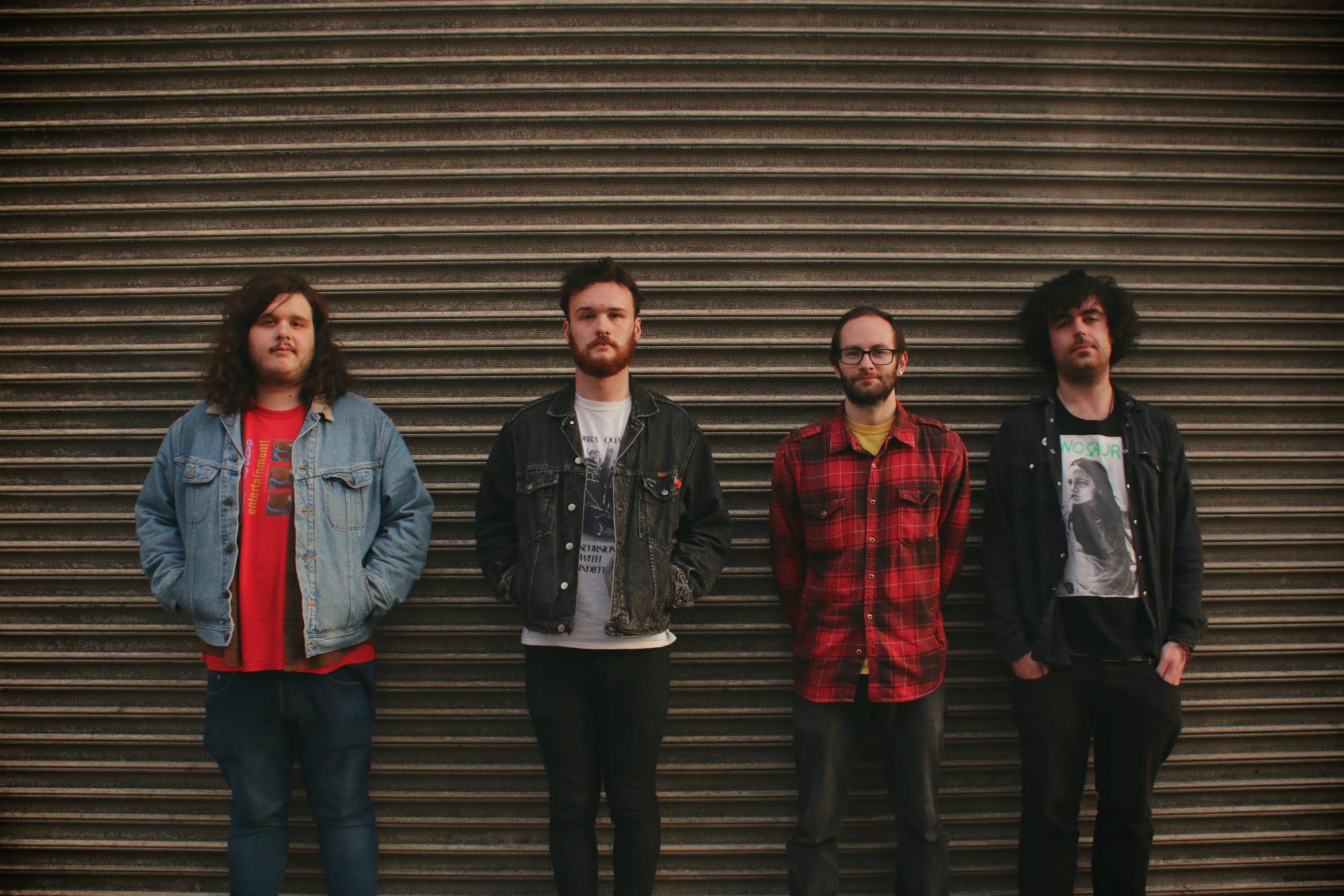 The Last Mixed Tape reviews For The Cult Fat Guy, the debut E.P. from Belfast based alternative-rock act Junk Drawer.

It’s a rare thing that an E.P. can work as full experience in and of itself. Usually the format is used as “sampler” of a bands overall sound. Junk Drawer’s For The Cult Fay Guy is one of the rare ones, a four-track journey that feels fully realised.

Starting straight out the gate with the melodic guitar woven tapestry of ‘Song 3’, For The Cult Fat Guy delivers hints of Dinosaur Jr-esque upward motion alternative-rock while the following track ‘Do you ever think about existence, Adrian?’ provides a dark, more brooding look in Junk Drawers music.

With none of the songs coming in at under five minutes, the full sound of For The Cult Fat Guy is left time and space to establish itself over long lingering verses and choruses, and impactful crescendos (see: ‘Quandary’). Never outstaying their welcome, these passages of noise filled harmonic cacophony meander nicely within the showgaze inflections that fringe the record.

Well crafted and ultimately satisfying, For The Cult Fay Guy is a strong introduction to Junk Drawer as band, whilst also standing as a record on its own terms.

For the Cult Fat Guy by Junk Drawer is out now.

1 comment on “Review | Junk Drawer – For The Cult Fat Guy”