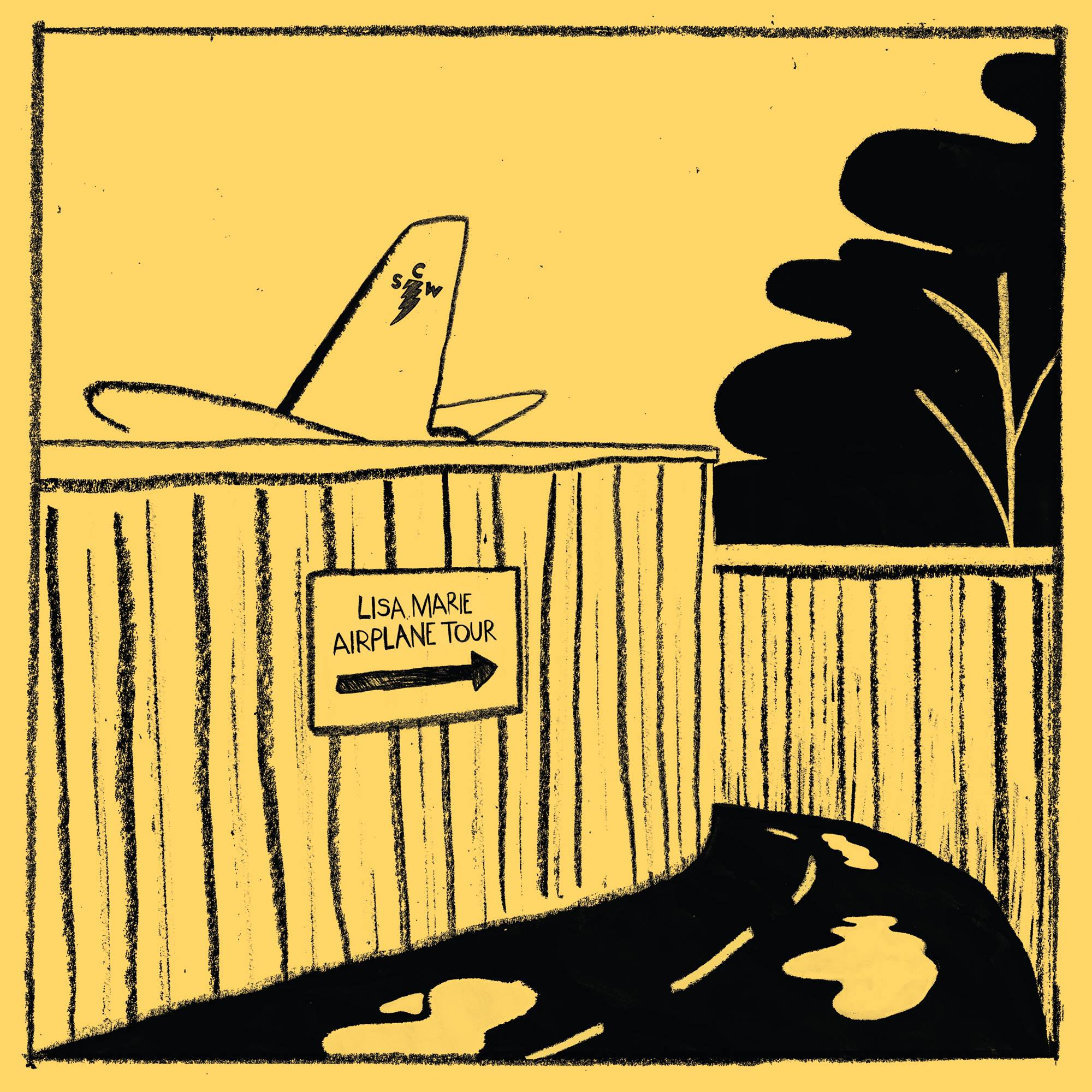 There’s a restlessness to Lisa Marie Airplane Tour the tosses and throws the music from one track to the next. The anxiety of hard-cut tracks and angular guitars makes for a softly manic record that finds So Cow (streamlined back down to Brian Kelly) in a different place both sonically and literally.

The sound of Lisa Marie Airplane Tour is relentless in its persistence at examining the malaise and discordance felt by Kelly during the L.P’s recoding. In songs like ‘At Home’ and ‘Captain of Industry’, the music hangs off cutting jangled guitars and deadpan vocal delivery resulting in a mood that feels weary but ultimately relatable.

Indeed, the fiery punk/garage sound that would have characterised So Cow before seems more subdued in Lisa Marie Airplane Tour, everything feels more bare-boned with Kelly not wanting the music to become too aggressive, while allowing the lyrics to really carry the weight of disconnection.

Nowhere is this best seen than in the opening line of ‘Disengagement’, “You could ask me all about, or you could just leave it there”, both the title and the lyric sum up the indifference and want to communicate that underlines Lisa Marie Airplane Tour. There’s a need for expression, but a lack of opportunity or desire that keeps it from brimming to the surface.

Lisa Marie Airplane Tour is a place and time album, born out of circumstance and So Cow’s own anxious feeling of displacement both geographically and personally. There’s a little less fury to the music these days, but there is a lot more honesty.

Lisa Marie Airplane Tour by So Cow is out now.