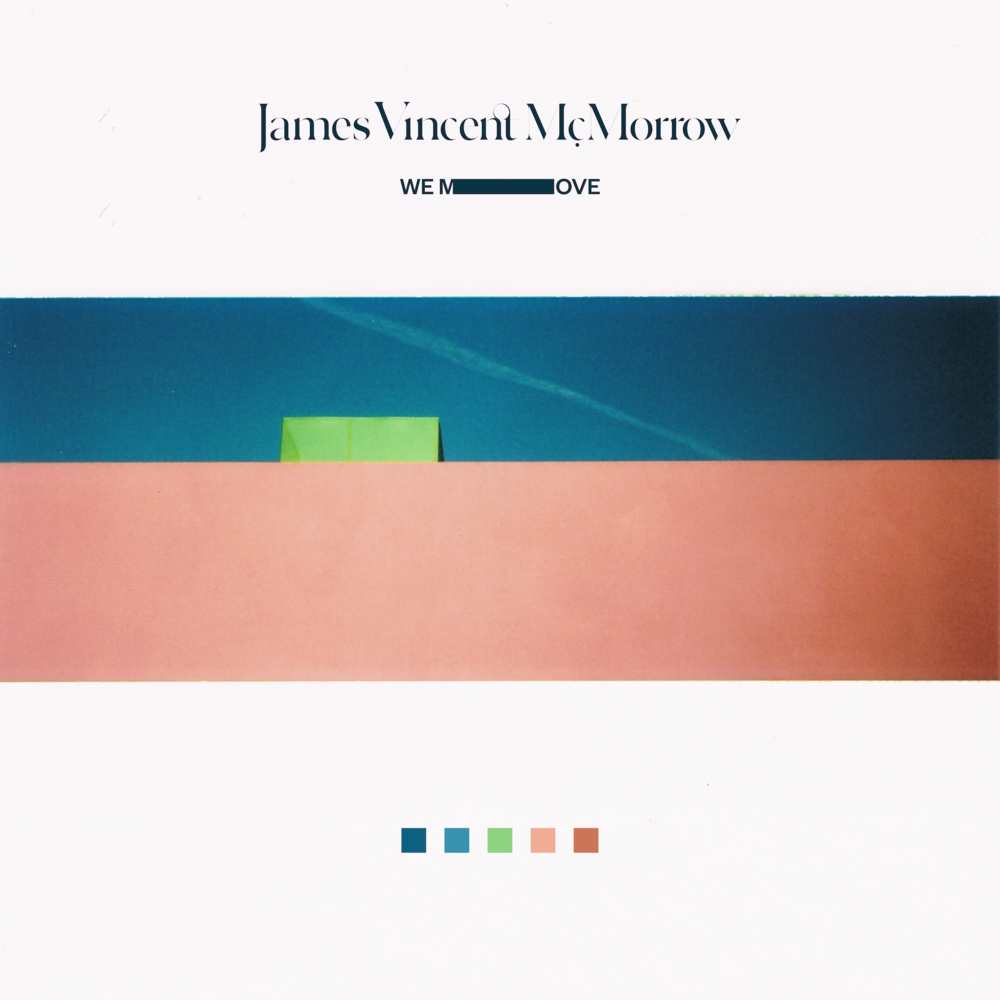 We Move is not just the new James Vincent McMorrow album. It’s the next phase in a career that’s constantly changing. We’re very far from the earthy shores of 2010’s Early In The Morning and further past the sunset haze of Post Tropical, this time around McMorrow’s music feels like the destination not the journey.

Now resting in the fully formed sound of We Move, both McMorrow’s voice and songwriting become more vivid, and more grand in the great synthpop-esque sheen of the record’s production. The soulful close of ‘Last Story’ with its wall of harmony and lush melody fills every corner of the spectrum, finally bursting into an epic sonic passage that characterizes the clear ambition of the record. While also highlighting how far JVM has come.

Populated by pops and clicks of rhythm, We Move is an album in motion. ‘Get Low’ jolts and ‘Seek Another’ pulses, while ‘Los Angles’ brings to a gentle and well-deserved repose.

However, no song on the album captures the bold, highly stylised sound of We Move as mush as ‘Rising Water’. Rightfully opening the album, the song makes a very clear statement on where we are, and what We Move is all about. Dramatic, captivating and simply dripping with lush vivid synthpop atmosphere, the song is not just the high water mark of its parent album but also its creator’s career to date.

So if We Move is the destination James Vincent McMorrow has been driving towards up to now, is it worth the journey? Well, yes. McMorrow could have not of made We Move in 2010 nor 2014, it’s the culmination of years spent finding himself and his music. That much is clear in just how joyous We Move sounds. It’s that great moment you see every once in a while in an artist’s career when they hit that rich vein of creativity they’ve been looking for and more importantly know it! And James Vincent McMorrow sounds fully aware of how good We Move is.

We Move by James Vincent McMorrow is due out on Friday, September 2nd.