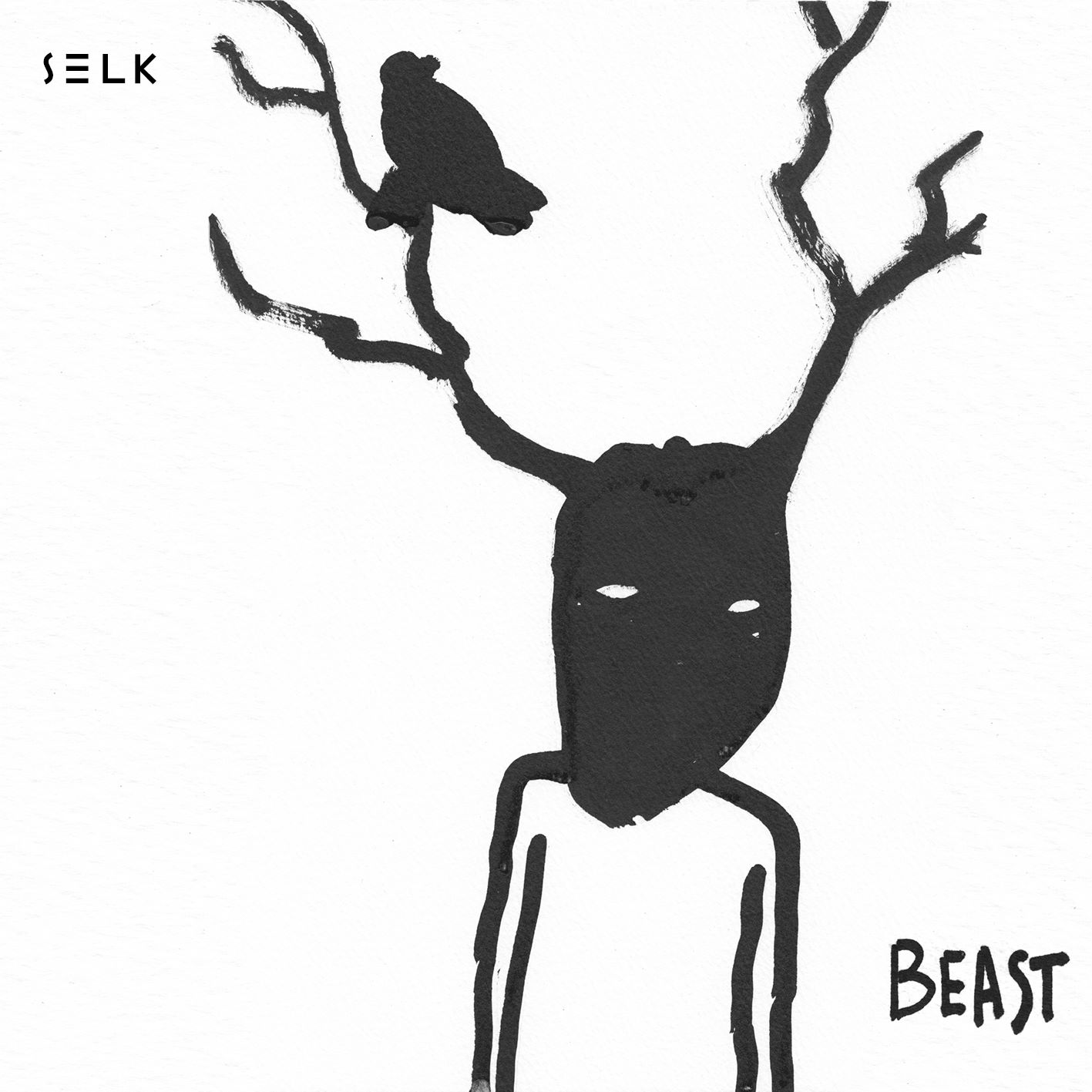 Somewhere between the gradually contorting foreground and slow humming backdrop of ‘You Move In Waves’ is the heart of Beast. Inventive while never overstepping its bounds, the album makes great use of the atmosphere laid down in this captivating opener and leaves room for our imagination to fill in the blanks.

Followed by the shuddering rumble of the L.P’s title track, Beast is a remarkably cohesive record for a debut. Throughout the album Selk (Anna Jordan & Dennis Cassidy) deliver exactly the sound they want to make, and indeed should make, considering what the duo have at their disposal.

Weaved around the alternative-pop core of Beast is a plethora of musical styles and colours. Whether it be the trip-hop beat of ‘To The Wind’ or Steve Reich-esque intro of ‘Been So Long’, Selk find a way to make these flourishes work within the context of the music. Making Beast an album that evolves from the inside out.

Experimentation is a difficult thing. Go too far and you end up with an album without an identity of its own, go not far enough and there’s nothing that sets the music apart. On Beast Selk find the right blend for the most part.

Jordan and Cassidy have taken their time with Beast, and it shows. Everything is in its right place, all things are considered, and that makes for an enduring album where you feel like you’re in safe hands. Beast is a journey worth taking.

Beast by Selk is out now via Silent Sea Records.