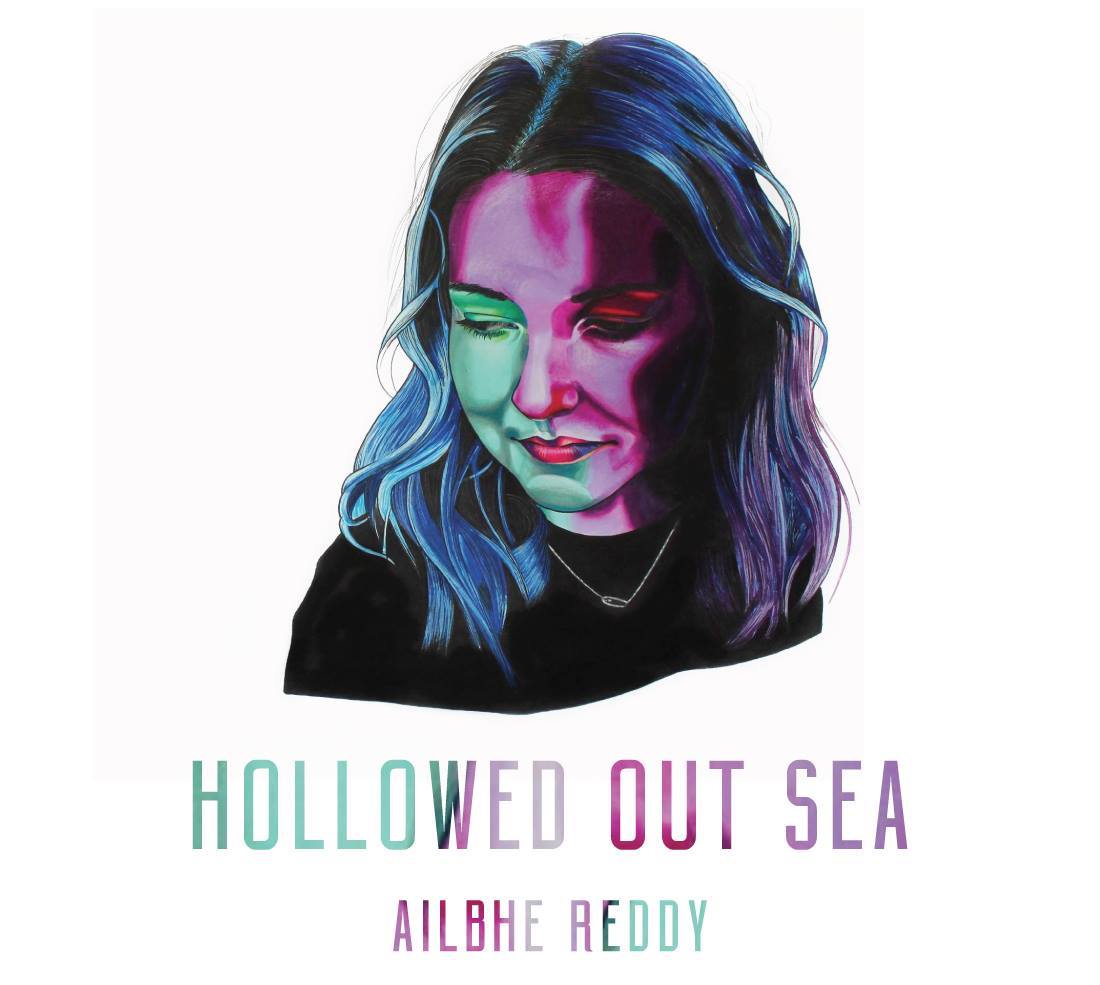 The metamorphosis of Ailbhe Reddy is one that happened in isolation. The songwriter’s re-emergence with ‘Distrust’ earlier this year gave us just a flicker of what Reddy had in-store with Hollowed Out Sea (the follow-up to her promising debut E.P. Dwell), a fuller-picture of an artist ready to lay it all on the line.

And there-in lies the brilliance of Hollowed Out Sea (and let there be no mistake, the E.P. is brilliant – in the true meaning of the word), where Dwell was a glimpse into Ailbhe Reddy’s music Hollowed Out Sea is an unflinching self-portrait. Insecurity, faded memory and still raw emotions are relived and reassessed.

The autumnal ‘Coffee’, is a stark example of this. There can be no doubt or ambiguity to the story that Reddy paints for us. The time, the place, the feeling, the sadness is all there and deeply personal. “Thought that I should try to pretend not be absorbed by you”, a more bare boned and instantly relatable lyric would  be hard to find. ‘Coffee’ is someone else’s story, but one we have all lived.

And so continues Hollowed Out Sea, songs such as ‘Distrust’ and ‘Keepsake’ not only highlight the emotive foundation of the E.P. lyrically but also in terms of production. The record sounds internal and wracked with inner turmoil. It’s big, but still up-close and a definite improvement on Dwell.

Earlier in the review I used described Hollowed Out Sea as a self-portrait (indeed the E.P’s cover also alludes to this), and that’s what’s so striking about the record. Ailbhe Reddy is so early in her career that you can’t help but be awestruck by the bravery of it all. She could have gone with a safe folk-pop aesthetic or endeavoured to write something more mainstream but instead decided on exact the opposite.

Hollowed Out Sea is nothing else but Ailbhe Reddy, the E.P. is her. The words, the sounds, the voice, everything. That’s whats so exciting about it. For an artist this young to be this raw in a time where safety is rewarded above all else, is truly compelling. Come the end of Hollowed Out Sea, I wanted to hear more of the story, more of what follows. But I guess I’ll just have to wait.

Hollowed Out Sea by Ailbhe Reddy is due for release on June 30th.