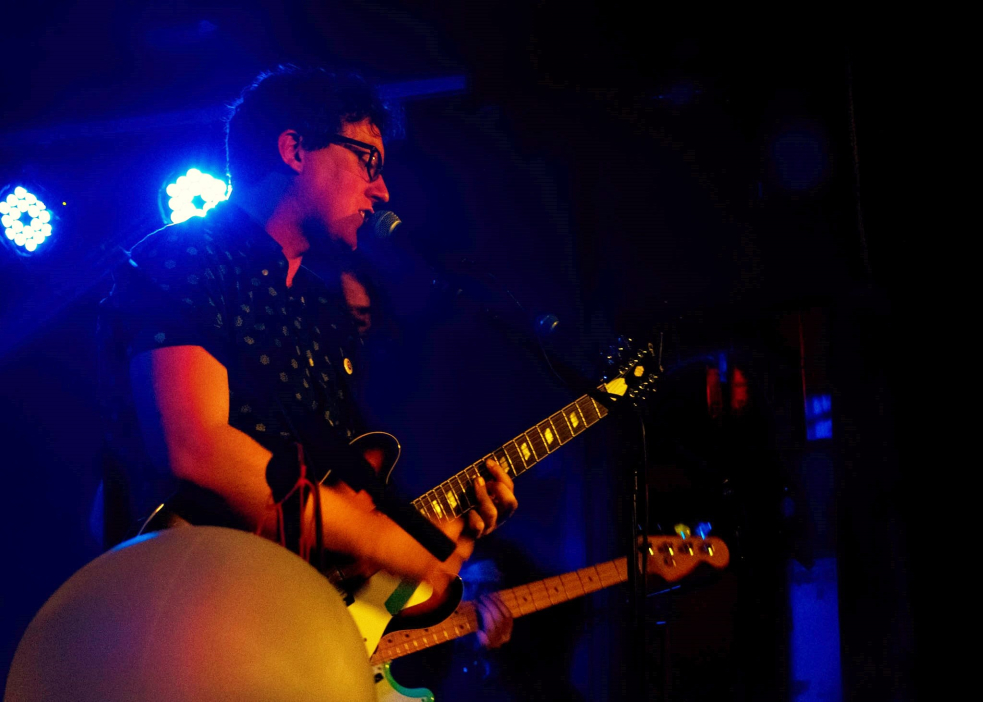 Land Lovers celebrated the release of their new album The Rooks Have Returned with a gig at the Workman’s Club last weekend, TLMT was there to cover the show.

It’s hard not to see Land Lovers as almost a different band nowadays. The group’s latest album The Rooks Have Returned is a career best, the record’s high-point ‘Springtime For The Mystics’ is a clear advancement on their indie-pop roots and the inclusion of Drummer Maggie Fagan (Grand Pocket Orchestra) and keyboardist Conor Deasy (Biggles Flys Again, Tomorrows) have also impacted on the group’s live dynamic.

This was made all the more abundantly clear at Land Lovers’ album launch last Saturday night. Taking to a stage decorated in balloons and fairy lights (some even shaped like birds), the five-piece performed like a band rejuvenated.

The group’s new material was especially gratifying to listen to, with songs like ‘Angeline’ and the aforementioned ‘Springtime For The Mystics’ sounding as vibrant as the studio recordings. While Land Lovers older tracks took on a fuller sound, with Fagan’s drums and Deasy’s keys adding their own personal flourishes to the music.

A live performance of a new album can tell you things that perhaps the record itself doesn’t. In some instances the live show can outshine the studio work (or vise versa), in Land Lovers’ case it highlighted just how the band are reveling in their new music. From how the group interacted with one another, to Padgraig Cooney’s voice belting out each hooky chorus with considerable aplomb, to even the stage design, Land Lovers looked and sounded like a band who were enjoying themselves and that’s something you can’t fake, live or in the studio. A great show, that launched a great album.

Read TLMT’s full review of ‘The Rooks Have Returned’ – here. The album itself is out now via bandcamp. See gallery below (photo credit: Stephen White).