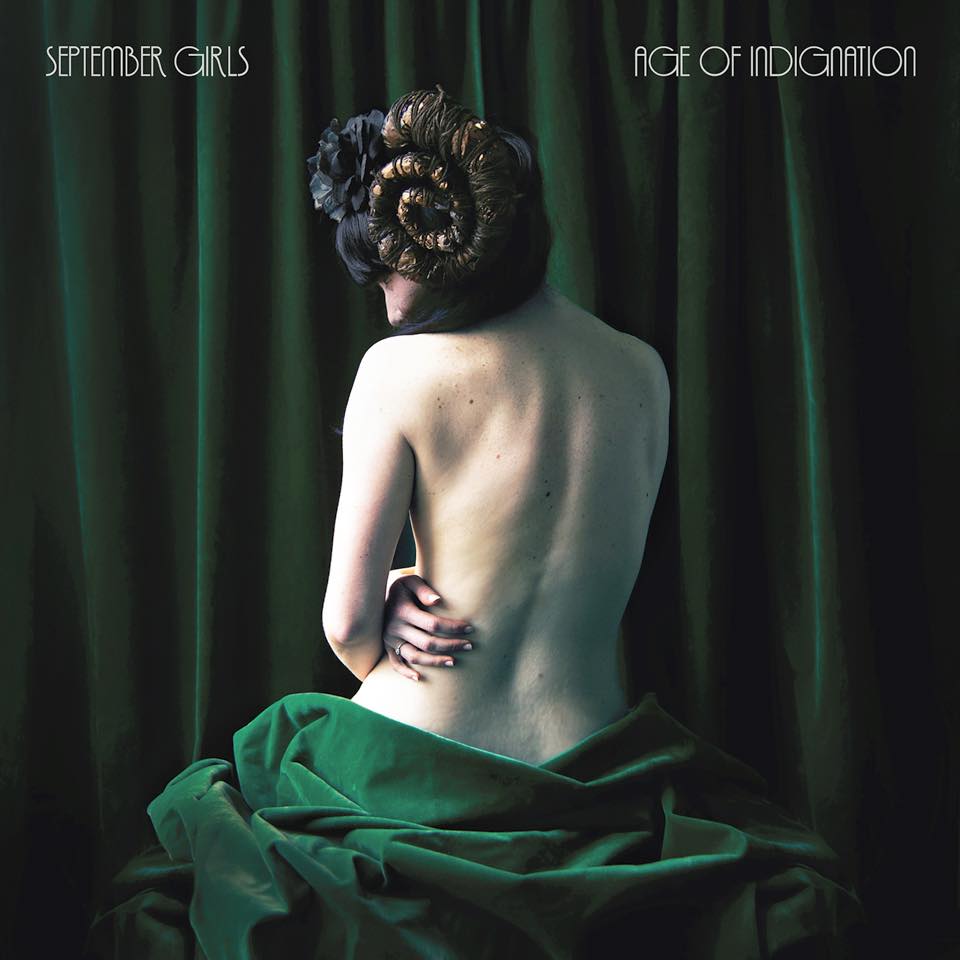 “You put us in this vessel, built from our own fears” blares out of the speakers during Age of Indignation. Aggressive, clear and pointed, the vocal is unrestrained and cuts straight through the clashing guitars and bone-rattling rhythms of September Girls sound. The key lyric in the album’s third track ‘Catholic Guilt’, both the words and indeed the title are as unflinching as the record itself.

September Girls have something to say on Age of Indignation, and because of this the band’s music has become more defined and more of an expression of the members involved and their own outlook. Clarity is key, and September Girls get there frustration across through an album that demands to be listened to. And indeed, should be listened to with the themes of both early and modern feminism (‘Jaw on the Floor’), religion and life itself all being laid bare.

From the title-track to the lead single ‘Love No One’ it’s clear to see how September Girls have evolved their music since their brilliant debut Cursing the Sea. The production is more widescreen, yet still enclosed. Everything is upfront, every word, every note, every beat insists itself upon you, never leaving you out of it’s domineering grasp.

Throughout Age of Indignation September Girls have you right were they want you, and use this space to be heard. And, in a world were safe mediocrity is often rewarded it is essential that September Girls’ be listened to. There’s no “difficult second album” syndrome here, instead Age of Indignation is the sound of a record that needed to be made, and needs us to hear it.

Age of Indignation by September Girls is due out on April 8th via Fortuna POP! Photo credit: Jeannie O’Brien.