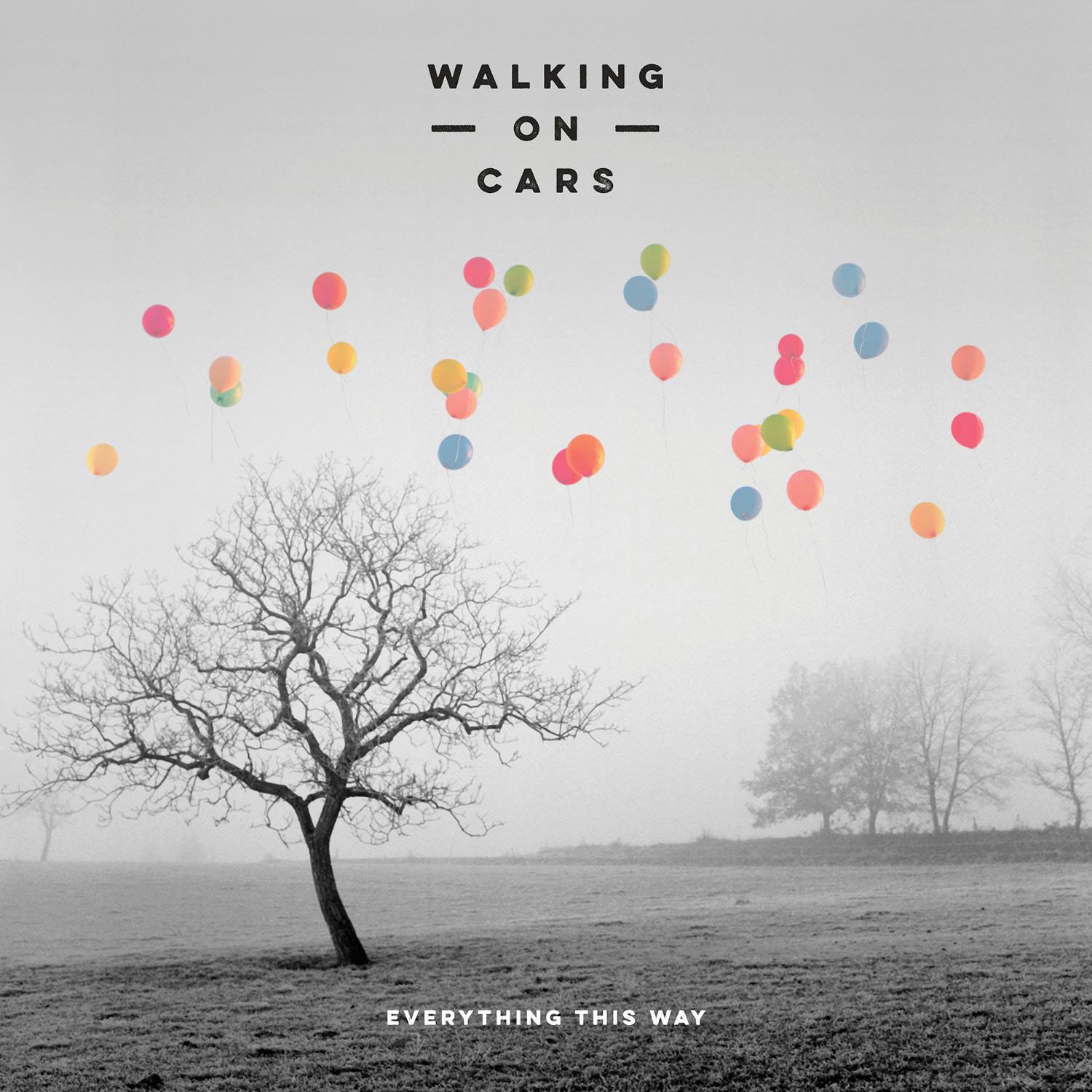 The Last Mixed Tape reviews Everything This Way, the much-anticipated debut album from Walking On Cars.

I wrestled with Everything This Way.  On the surface, the album is extremely well-made. The production is slick, as is the songwriting. As debut’s go Walking On Cars have completely delivered, and their strong fanbase will find a lot to be excited about. However, I couldn’t help but feel something was missing.

My unease started almost immediately with ‘Catch Me If You Can’. As the song began to reveal itself and introduce Everything This Way, it was hard not to feel as if Walking On Cars were ticking boxes. I could anticipate every move the track made before it happened.

There in lies the over-arching flaw found within Everything This Way. It is by no means a “bad album”, it’s just not a “great album”. Nothing stands out, everything feels a little too safe. In short, the record failed to surprise me.

I feel at this point that I should highlight just how well Walking On Cars portray their sound, especially for a first full-length outing. The band are clearly talented songwriters, and the songs themselves (‘Speeding Cars’ & ‘Hand In Hand’) are incredibly crafted and hit every point you could wish for in terms of the indie/pop crossover genre. Musically and sonically Everything This Way works fully.

This is part of the problem. Throughout Everything This Way, Walking On Cars are complete control of their sound, and it never feels as if the group explored the uncharted possibilities of their considerably powerful music. If more risks had been taken, however small, Everything This Way would have stood out more.

Everything This Way is a difficult one. I wanted to like it more than I did, I waited for the moment where Walking On Cars would grab my attention with something unexpected but it never came. On the other hand, the album is head and shoulders above many other records being made in the same genre, especially as a debut.

All in all, Everything This Way was a fustrating listen. Mainly becasuse I know Walking On Cars are capable of more. A fine debut, but more risks will need to be taken in the future if the group want to truly stand out from the pack.

Everything This Way by Walking On Cars is out now.