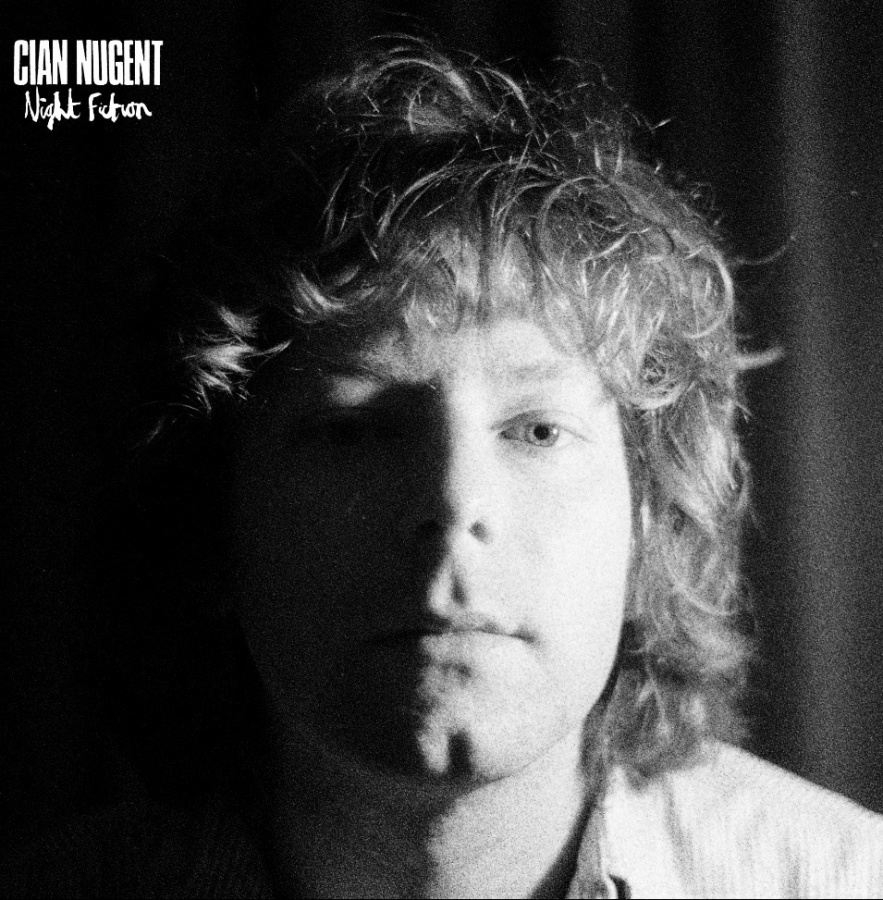 There are few moments in music when you can actually feel the joie de vivre of creativity come so clearly into play than in Cian Nugent’s new album Night Fiction.

Teeming with a gentleness and intimacy evocative of the late-night whispered songwriting that it’s title suggests, it feels like something once hidden, once buried away and personal has now come to the light. That something is Cian Nugent’s vocal.

Ever so slightly fragile, his voice tip-toes over songs like ‘Lost Your Way’ and holds it’s own against the busy production of ‘First Run’. Every lyric is performed with the same feeling that compelled Nugent to write them, making the record seem all the more personal and imbued with the creative spark that so clearly shines throughout Night Fiction.

This is key to the record’s success. Night Fiction finds Cian Nugent debuting his lead vocal abilities for the first time, and also highlights a stylistic departure for the artist. Combined, these elements communicate that Nugent is about to embark on a new stage in his music making and that there will be no half-measures in doing it.

That’s not to say that the communicative theme of Night Fiction is limited only to his voice. Both the songwriting and musicality of the album play important roles too, Cian Nugent’s acclaimed guitar playing punctuates each line with intent as his band follow suit, while the beautifully set ‘Lucy’ speaks in a way that words cannot.

Night Fiction is the sound of something being set free. This is renewal, a glimpse into personal and artistic reinvention. The whole album hums with it. It’s no coincidence that this is the record where Cian Nugent steps up to the microphone and lets his fragile voice be heard for the first time. He has found something he feels is worth singing about, and that’s what makes it all the more gratifying to listen to.

Night Fiction by Cian Nugent is out now via Woodist Records.