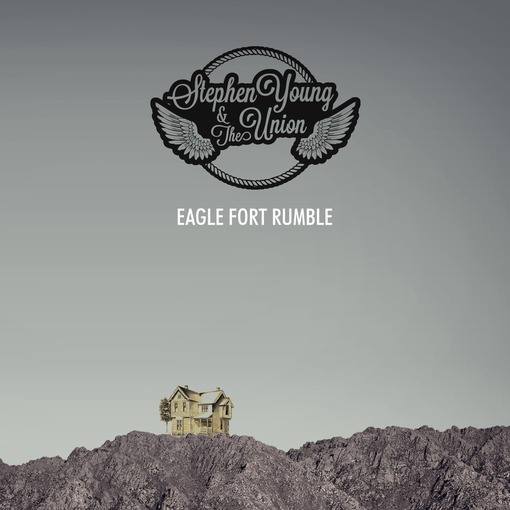 “Rumble” is certainly an apt word to describe the overall sound of Stephen Young & the Union’s latest album. With a production that fills every inch of the sonic spectrum, the band deliver a “genre” album that is not short on style.

Songs such as ‘Shuffle In The Quicksand’ and ‘Shadowman’ bound out of the speakers with confidence, as textural ballads like ‘Someone You Dream of’ (the album’s highlight) broaden the record’s mood. Both aspects showcase SYTU handling the sheer scale of their music with ease and resulting in a record that feels considered (and even slightly reverential to the music that inspired it).

However, where Eagle Fort Rumble falters is in how closely Stephen Young & the Union hold onto their influences. The album is, for the most part, evocative of the heady days of country-rock, and for a band from Ireland to be creating this in 2015 seems out-of-time and lacking in identity. A trend far too prevalent in Irish music at the moment.

From beginning to end, Eagle Fort Rumble never brings us any closer to who SYTU are as a band and instead  simply reminds us of who its influences are. The group rarely introduce modern elements into the mix, and therefore the L.P. can sound all too familiar.  For a debut album this is forgivable, for a sophomore record it is not.

Eagle Fort Rumble is a fine album. Stephen Young & the Union recreate the music that inspires them with aplomb and a clear love of the sound. But therein lies the flaw. Fans of southern-rock tinged songwriting/production will find lots to enjoy here, while those looking for more will be left wanting. And while I found myself in the latter category, I am a good enough critic to know the album ultimately delivers on what it set out to do.

Eagle Fort Rumble by Stephen Young & the Union is out now