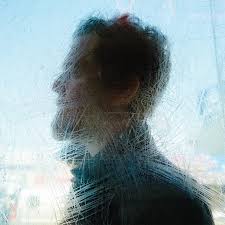 “I remember the night I met you, there was something about the moon” reminisces Glen Hansard in his new album Didn’t He Ramble, above the soft shuffle of acoustic guitar there’s little that can match the instant poignancy of a well-delivered lyric from the songwriter.

And Didn’t He Ramble is about exactly that, making a connection through great elation, memory and joy. A dynamic album, Hansard’s second solo outing conveys this from gentle moments of repose (‘Grace Beneath the Pines’), rousing gospel revelry (‘Her Mercy’) and big booming folk hustle (‘Lowly Deserter’), all of which is wrapped up in the artist’s clear love of the craft of songwriting itself.

Within the lyrics Glen Hansard expresses, confesses and chronicles the world around him and the people who occupy it. This is done in his ability to say all that needs saying without actually saying it, there’s no need for a blow-by-blow account of the stories that Hansard tells, he gives us the scenario and the setting then leaves us to bridge the gap to our own experiences.

Didn’t He Ramble speaks with reverence to the great connection between music and life itself, not just for the songwriter but for us also. These may be Glen Hansard’s songs but they are ours too. I’ve always believed that when music is committed to record and put out in the ether there becomes a shared emotive connection, the reasons may differ but the importance does not. So, when the big lift of tracks like ‘Her Mercy’ come along, it’s hard not to feel that sense of connectivity.

Since the release of Didn’t He Ramble there have been several people who told me they wanted to me to listen to Hansard’s latest record, so they could hear my thoughts on it, implying that I would “love it”. Well I did, I have and I do.

Didn’t He Ramble by Glen Hansard is out now.