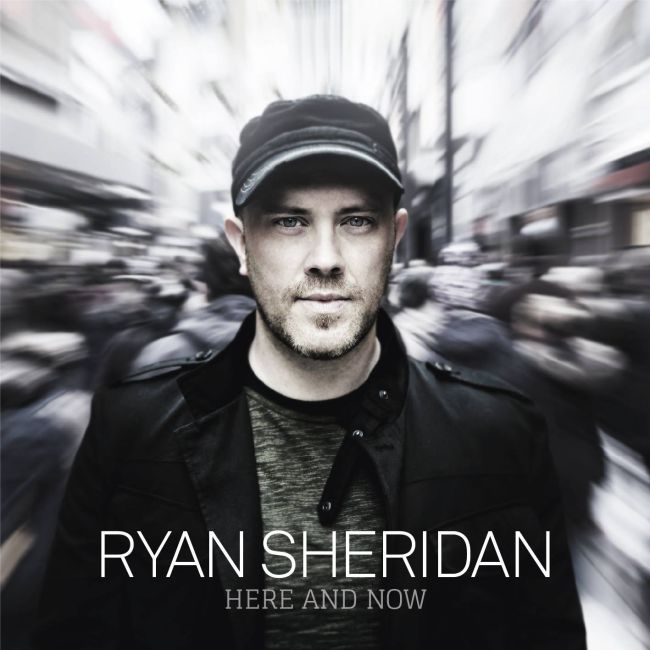 Neil Young once said about ‘Heart of Gold’ that “This song put me in the middle of the road. Traveling there soon became a bore so I headed for the ditch. A rougher ride but I saw more interesting people there.”. Not all songwriters share Young’s compulsion to shirk expectation, and that is almost certainly the case with Ryan Sheridan’s album Here and Now.

From the opening chugging acoustic sound of the record’s title-track it’s clear that Sheridan has opted to keep with the formula that worked on his 2011 debut The Day You Live Forever. And as Here and Now continues it becomes more apparent that little has changed in the four years since.

That’s not to say all is lost. Ryan Sheridan is at his best when playing with rhythm and tempo, and fans of his previous work will find a lot to like about Here and Now, with tracks like ‘A Minute Changes Everything’ and ‘I’m Alive’ both delivering quintessential singer-songwriter pop at it’s most full-on.

Ryan Sheridan is clearly a talented songwriter and musician, and in a way that’s part of the problem with Here and Now. Although the production is more polished, the L.P. is so “by-the-numbers” that it never feels as if Sheridan once pushed himself to even change his sound or style. Resulting in an album that is so non-committal that it scarcely makes an impression at all.

Here and Now will keep Ryan Sheridan’s fans happy for now, but the long run is a different story. There is only so many times an artist can wheel out the same old sound and get away with it. Perhaps it’s time for Ryan Sheridan to leave the middle of the road behind.

Here and Now by Ryan Sheridan is out now.