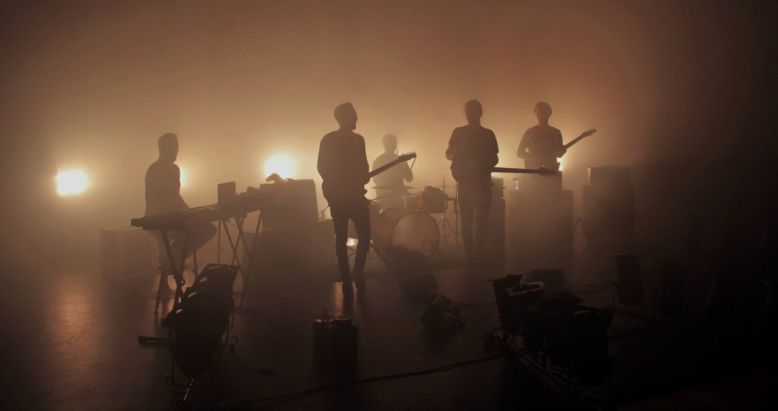 Post-rock act Overhead, the Albatross mark their return with a brand new music video for the track ‘Big River Man’.

The first single to be taken from the group’s long-awaited debut album is an all-out, kitchen sink type production that leaves no part of the sonic spectrum unoccupied.

Indeed, the sheer amount of musical  interplay and ambitious songwriting on show highlight Overhead. the Albatross as a group acutely aware of just how to handle the size and scope of their sound.

Big and bold on moment then soft and gentle the next, ‘Big River Man’ is quintessential “cinematic” music. Affirming to listen to, the song itself is a journey of epic proportions as the band weave us through each sections. Traversing a landscape of pounding drums, persistent synths, ethereal choirs, tense yet beautiful strings and simply breathtaking sounds.

We have waited quite some time for a glimpse into the finished sound of Overhead, the Albatross’ upcoming first L.P. and if ‘Big River Man’ is anything to go by then it’s been worth every second.

Click below to watch the equally stunning new music video for ‘Big River Man’ by Overhead, the Albatross.