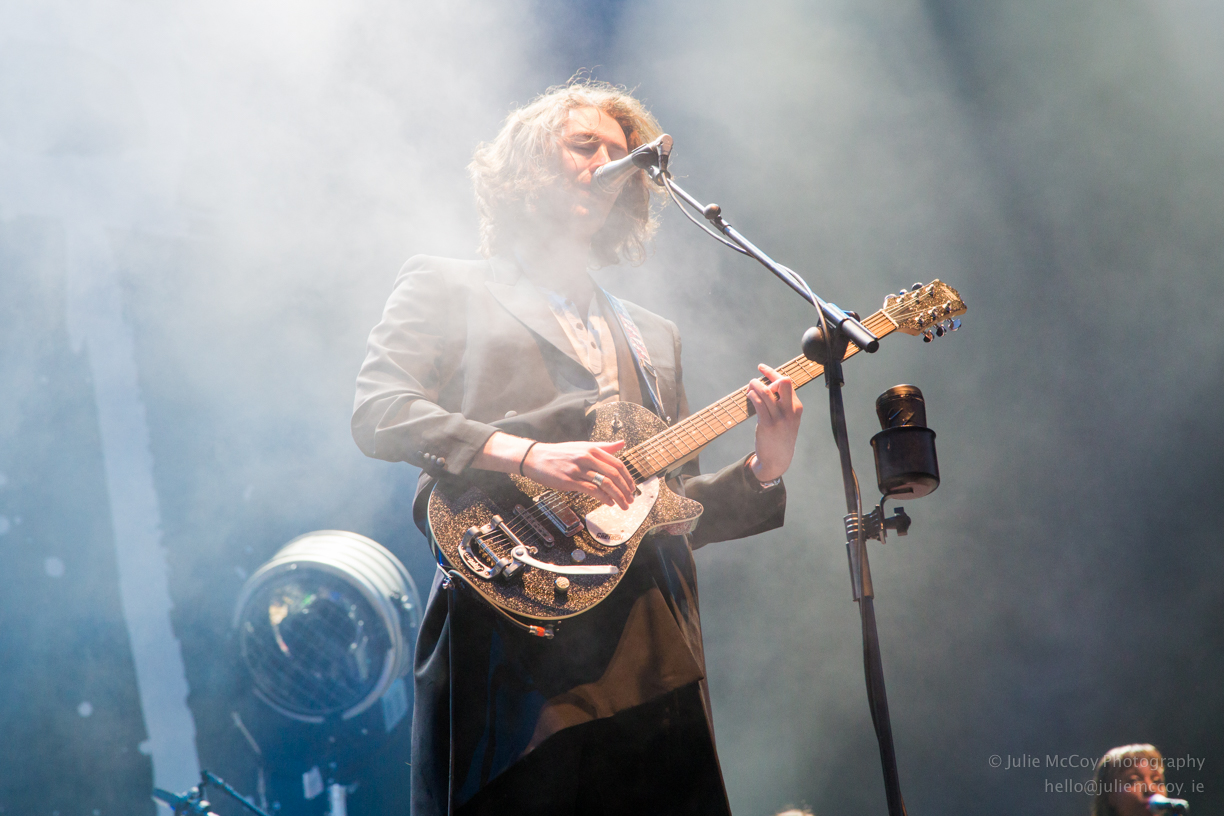 Turn a corner at Longitude and you’ll find a completely different area with its own particular vibe. Whether it be the imposing Main stage, full-on indie rock of the Whelan’s Live stage, the culture themed Dirty Old Town Speakeasy, the electronically tinged Red Bull Academy and Heineken stages or even TXFM’s own little corner within the woods of Marlay Park, each area had its own community and identity, bustling with music and the sounds of a summer festival crowd.

With each stage nicely hidden from the other, the separation made for a customizable experience dependent on your own taste. Each venue provided highlights, including a mid-evening crowd bouncing to the rhythms of Young Fathers, the full-on punk bone-rattling of Slaves, the rolling and tumbling blues of Benjamin Booker or the ethereal synth-pop of Wild Beasts.

And therein lies the success of Longitude 2015. Each musical taste was catered to in one way or another, all under the ever-present promise of the headline acts Hozier, Alt-J and the Chemical Brothers. With the hustle and bustle of the crowd you could hear festival goers making there plans for each stage all with the caveat of making sure they had the right spot to experience the closing main stage artist. This was most brilliantly encapsulated by a group of teenagers who sprinted past me on their way to seeing Hozier last Friday, with palpable excitement in their voices.

However, the stand-out performance came from Wolf Alice, who brought the Whelan’s live stage to thunderous close on Sunday night. Making for the perfect festival act, the London-based act took to Longitude with ease, simply getting on stage and playing a blistering set of songs from their brilliant debut album My Love Is Cool, only stopping briefly to wish vocalist Ellie Rowsell a happy birthday. Wolf Alice’s performance was sleek and to the point, leaving the fans (many of them reciting the lyrics word for word) to get exactly what the came for, great music.

And so it goes, Longitude continues to expand. The festival felt big in every sense, a non-stop weekend of music wherein fans could jump from stage to stage and find something new to listen to. Indeed, it’s hard not to feel good about the future of the scene when you’re passed by crowds of teenagers running towards the main stage screaming the name of their favorite act, lost in the exuberant joie de vivre of the summer festival experience.