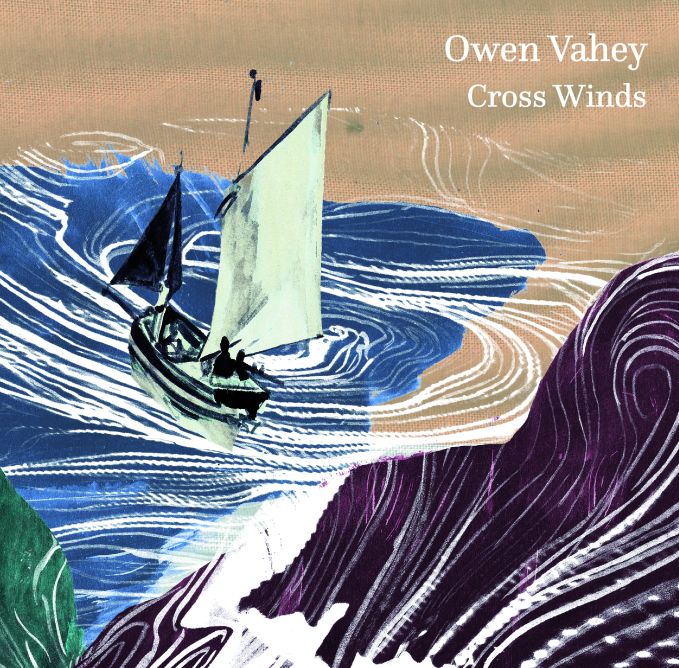 Cross Winds is a marked improvement on Vahey’s previous E.P. Other Places. In terms of production, style and ambition the songwriter has come on leaps and bounds from the lackluster sound of his debut. Showing both maturity and conviction, his evolution as an artist is made apparent from the get go.

Indeed, Cross Winds is exactly the kind of sophomore effort that you hope to see in young acts who are only just finding their feet. The problems of the past have been honed in on and Owen Vahey has re-emerged a much better songwriter for it.

This is seen in the big, harmonically full sound of ‘The Cost’. Blending indie-folk elements into his sound Vahey now has a much more depthful backdrop for his music to rest upon, resulting in the E.P. feeling more layered and confident.

However, it’s the slow-burning screeching guitar background of ‘Time May Change’ that results in the E.P’s high-water mark. Set to a well handled sonic depth of field and given an added textural dimension by the inclusion of the ever enchanting voice of Chanele McGuinness, the song fully captures the broader more ambitious sound of Cross Winds.

Owen Vahey has returned with a quintessentially strong sophomore E.P. From the production to the performances to the stylistic inflections of Cross Winds we find Vahey in a state of artistic discovery, and it seems that the songwriter is now one-step closer to answering the hardest question for all emerging songwriters, “who am I and what do I have to say?”.

Cross WInds by Owen Vahey is out now.