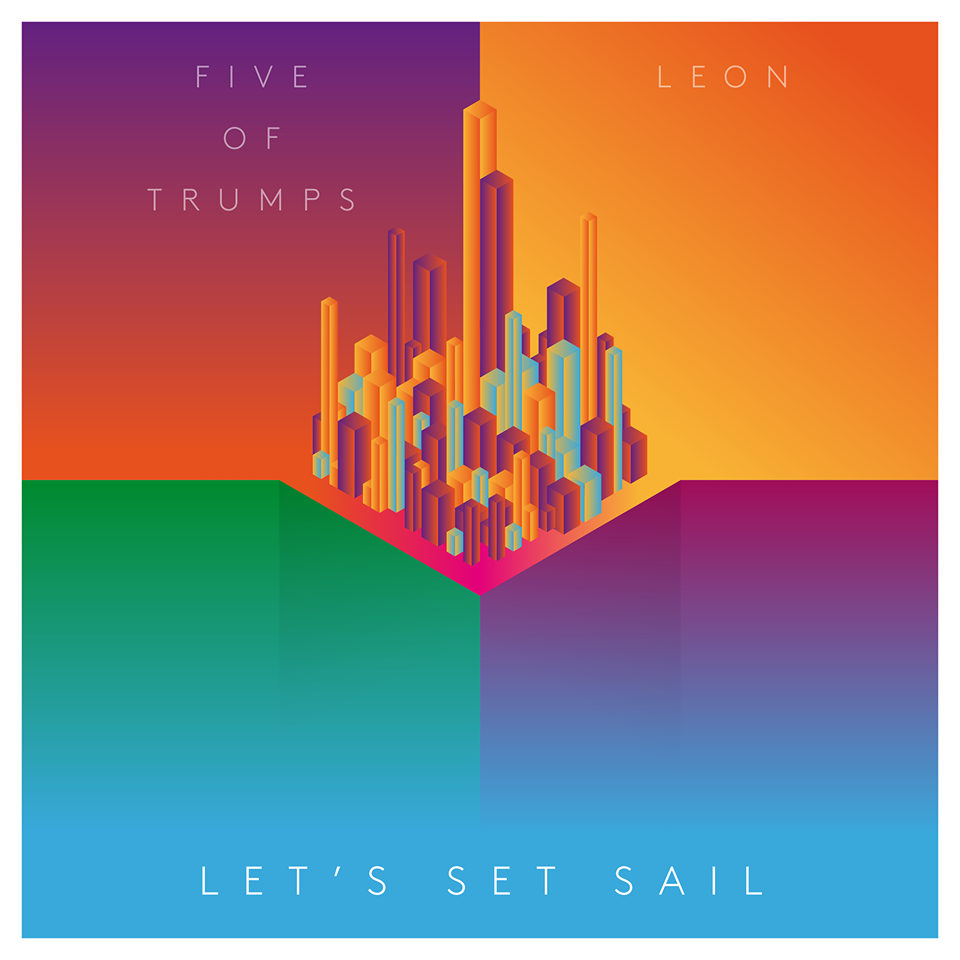 Based around a gradually building harmonic drone that is eventually opened up with rhythm, ‘Five of Trumps’ is an atmospheric piece of electronic music. Constantly moving and evolving the song is perfectly set and composed in its sound, making it’s eight minute running time feel natural and not over-long.

A much more succinct and hurried track, ‘Leon’ is more direct in its mood and tone. The twinkling synths and running piano lines weave nicely around the vocal further establishing Let’s Set Sail’s uniquely evocative sound and style.

Let’s Set Sail will perform live this Friday, June 12th at the Cobblestone in Smithfield to celebrate the single’s release. Doors are at 8pm, tickets are priced at €8.

Click below to listen to ‘Five of Trumps’ & ‘Leon’ the new double A-side single from Let’s Set Sail.