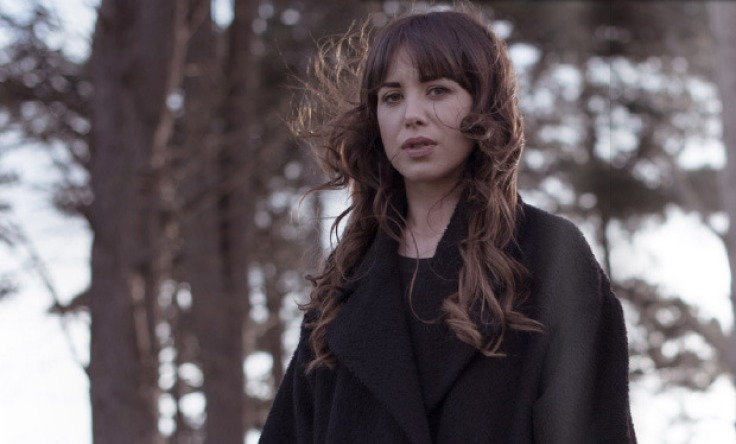 Somerville was last night’s musical guest on the final Culture Vultures show of the season at the Odessa Club.

Following a rather frank and honest public interview between host Tony Clayton-Lea and Donal Dineen, it seemed fitting that this month’s live act be as uncompromising and unconventional as the music often played by the legendary DJ himself.

Indeed this cohesiveness is a defining characteristic of Culture Vultures as a whole. Even with the order of the performers flipped (each show usually has the interview in the middle instead of at the beginning) the movement between Dineen’s engaging answers to Clayton-Lea’s probing questions and Somerville’s deeply textural music seemed to exemplify what the two had been discussing previously.

Somerville, always a captivating performer, played a short but no less effective set to the intimate, candlelit Odessa crowd. Shrouded in projected blurred designs and shadow, the songwriter brought her own distinctive voice to proceedings.

Heart-achingly captivating Somerville’s music is one of ambience. Each crackle or sudden slight pop of reverberated guitar seemed to punctuate every perfectly performed vocal, adding to the overall atmosphere of the night.

Although the performance was brief, few in attendance could argue the impact Somerville’s stage presence has. It’s not an extroverted presence or even an imposing one, but rather a compelling one.

A splendid  season finale to one of Dublin’s hidden gems. This month’s Culture Vultures showed once again why it’s such a unique highlight on the live music scene. The summer will feel lesser without it, we await season four this autumn.