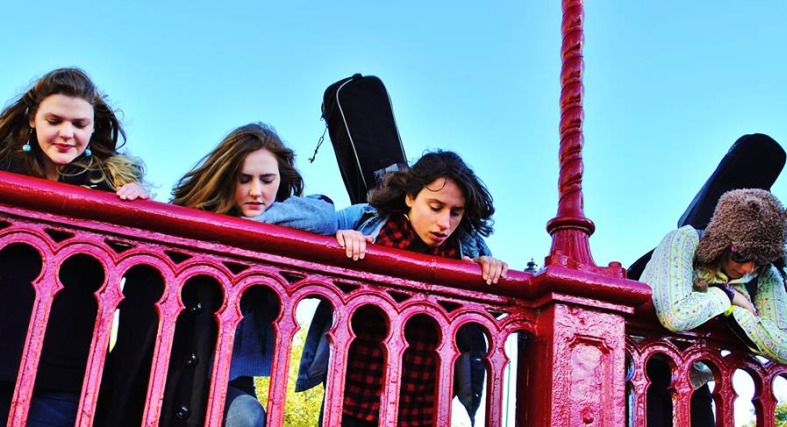 Jangling acoustics guitars, shuffling shakers and intertwined harmonies are the order of the day on Mongoose’s eponymous first L.P. From the quick change jump of ‘Woman on the Beat’ to the subtle sound of ‘Featherkisses’ the record runs an array of tempos and moods.

Throughout their debut Mongoose look to recreate the sounds and styles that have come influence their music. Whether it be the Joni Mitchell tinged songwriting of ‘Slow-Burning Feeling’ or the dark folk CSN inflected harmonies of ‘Can I See You Tonight’, the band craft enough of themselves, both lyrically and musically, into these inspirations to give a personal aspect to the album itself.

However, there is no denying that Mongoose’s music is twee (see the lyric: “I don’t give a flip-flop”), and this will either win you over instantly or grate after continued exposure. While it is true that the four-piece do overdose on quirky jazzy flourishes at times, the record as a whole works enough to make this only a minor issue. Albeit one that could become a far less forgiving flaw in future albums.

Mongoose may very well be a guilty pleasure. It has all the characteristics that should make me dislike it, but the album has enough charm at its core to result in an honestly fun listen that will win you over. Even a reluctant cynic such as myself.

Mongoose by Mongoose is out now.