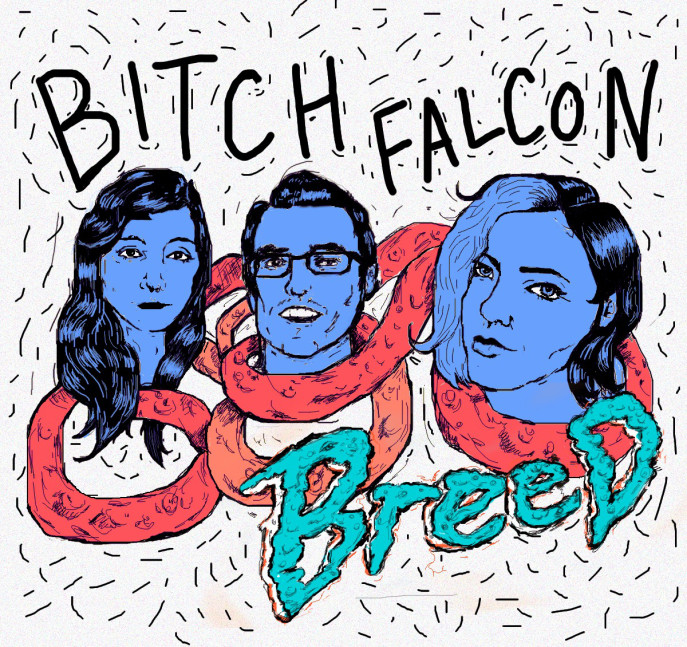 Taking on a faster pace filled with aggressive distorted riffs and growling vocals, ‘Breed’ exudes the upfront sound that has made the group such an impactful force on the Irish music scene.

However, there are moments when ‘Breed’ falters, most notably the over-the-top guitar solos that punctuate certain phrases in the track. While the guitar solo is a staple the hard-rock via metal genre, it does feel more self-serving than necessary and ruins the otherwise succinct punk-ish nature of the song. But this is a small issue, and very well may be a trope of the genre that will work its way out of Bitch Falcon’s music in time.

‘Breed’ is as ferocious and compelling a single we’ve come to expect from Bitch Falcon and goes a long way to capturing the band’s visceral live presence.

Click below to listen to ‘Breed’ by Bitch Falcon. The single itself is out now via bandcamp.