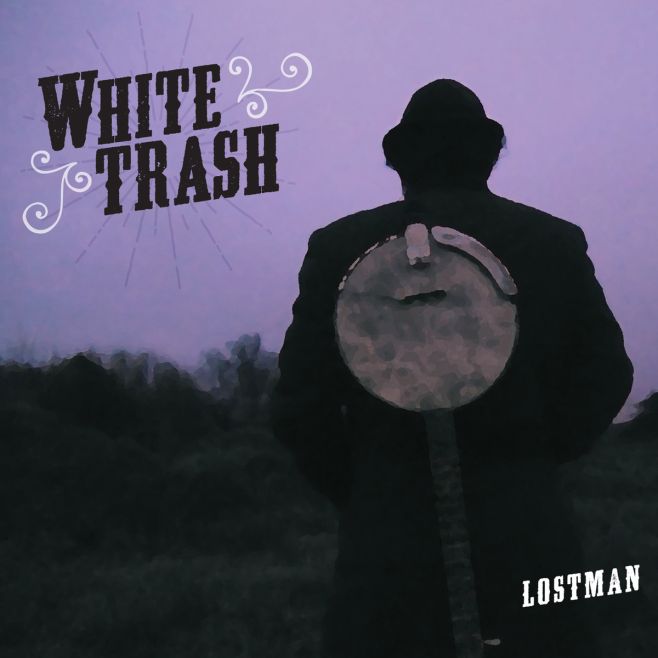 Lostman is road-worn record steeped in the dusty, under nail grit of alternative-americana. Delivered with a roar, Whitetrash stand-out vocal makes for an impassioned guide through the hard-edged folk, gospel and country sounds of the E.P.

Indeed, Whitetrash’s voice dominates the entire record. Tracks such as ‘Release Me’ and ‘Grave Robbin’ Man’ feature the artist at his most gravelly, with a touch of Tom Waits-ian hangdog weariness added in for good effect.

The sound of Lostman is also compellingly gritty. ‘Devil’s Chain’ shacks and rattles to the scratching guitars and gives way to a sudden blast of hard-rock styled bombast, while never feeling unnatural or unearned.

However, there are moments during the record when the full on power of Whitetrash’s vocal proves too much for the production to handle, and leaves the backing tracks sounding weak by comparison. While moments when the record moves into more full on hard-rock guitar solo noodling also feel misplaced, and seem to betray the more stark stripped down bone rattling sound of the rest of Lostman.

All in all Lostman is a strong debut from Whitetrash. Both the production and the songwriting more than meet the artist’s dust bowl affectations, while his voice ultimately steals the show. An impressive first introduction.

Lostman by Whitetrash is out now.