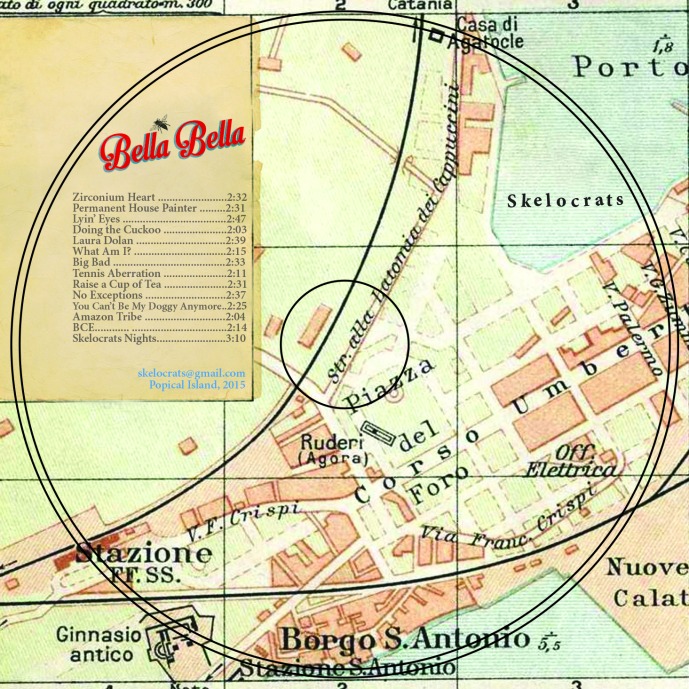 With their crunching, lo-fi tinged take on indie-pop Skelocrats continue to populate Bella Bella with short sharp gems like ‘Doing The Cuckoo’ and ‘Permanent House Painter’.

When placed alongside the simply beauty of tracks like ‘Laura Dolan’ and the album’s lead single ‘Lyin Eyes’ the band give Bella Bella a defined sonic and stylistic light and shade that makes each transition sound natural.

Throughout Bella Bella the production of the album looks to subvert and twist the pop songwriting core of Skelocrat’s music with inventive interwoven elements. This is best seen in the buzzing guitar that accompanies Paddy Hanna’s vocal on ‘Big Bad’.

It is this fast paced, at times frenzied approach that makes Bella Bella work as one cohesive piece. Indeed with some many slight changes in genre taking place over the course of the record it would have been very easy for the album to sound messy and unfocused.

However with this strong sonic thread woven into the L.P. Skelocrats successfully side-step the issue. But does create a over-arching sound that the listener could either fall in love with immediately or feel frustrated by. Leaving the album sounding divisive but never boring.

Bella Bella is a broad collage of indie, rock-a-billy and retro-pop that jumps from various writing styles and central voices with considerable ease. Enclosed in its own ragged sound the album teems with unbridled creativity, unconcerned with making itself ‘commercially accessible”. In this way it works as a quintessential Popical Island record, great songwriting without boundaries.

Bella Bella by Skelocrats is out now via Popical Island.