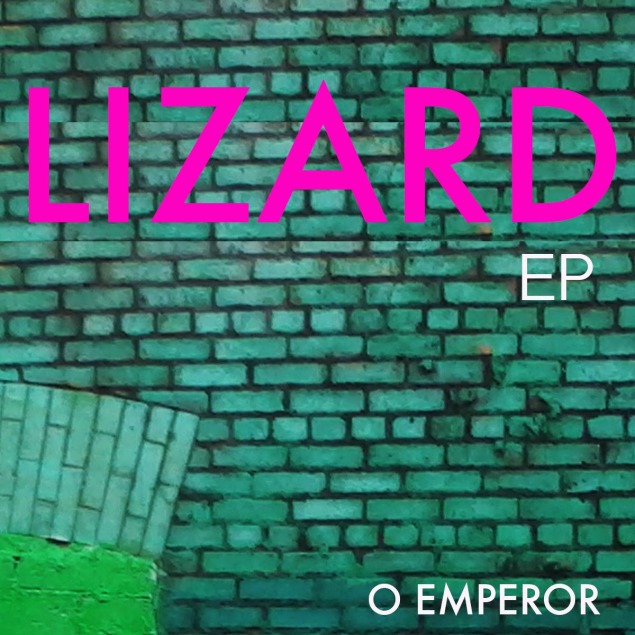 With the sudden burst of glistening synth that opens Lizard O Emperor firmly establish the group’s willingness to expand the boundaries of their music with the absolutely monumental ‘The Sky Is Your Oyster’.

Quite possibly the band’s best work to date, ‘The Sky Is Your Oyster’ is a genre bending, vastly stylised production that rock the very foundations of any preconceived notions about O Emperor’s defining sound or genre.

And from here O Emperor shape this sound into the rest of Lizard. Through the melodically serene, but rhythmically turbulent underbelly of ‘Bogue’ to the abrupt, insistent indie-rock edge of ‘Switchblade’ the five-piece effortlessly jump from sound to sound while keeping the E.P. as a whole feeling cohesive and blended together.

Never ones to stick to the same spot sonically, O Emperor once again redefine and twist the shape of their music with Lizard. What is most impressive about the record is the fact that the added 80’s synth-pop elements that occasionally find their way into the E.P’s overall sound shouldn’t work, but somehow fit into the music so perfectly that it almost seems obvious.

Indeed, that has always been the defining characteristic of O Emperor’s career. Always changing direction but never keeping their core sound, the band magpie so many different stylistic elements into their music that it becomes hard to pin them down to one genre, while the sound is almost immediately recognizable as being O Emperor.

Lizard is yet another affirmation of the brilliance of one of the countries best bands, and includes some of the band’s most engaging work thus far. If this is a stepping stone to something more or a hint of what’s to come on album three then it is a very exciting one.

Lizard by O Emperor is out now.