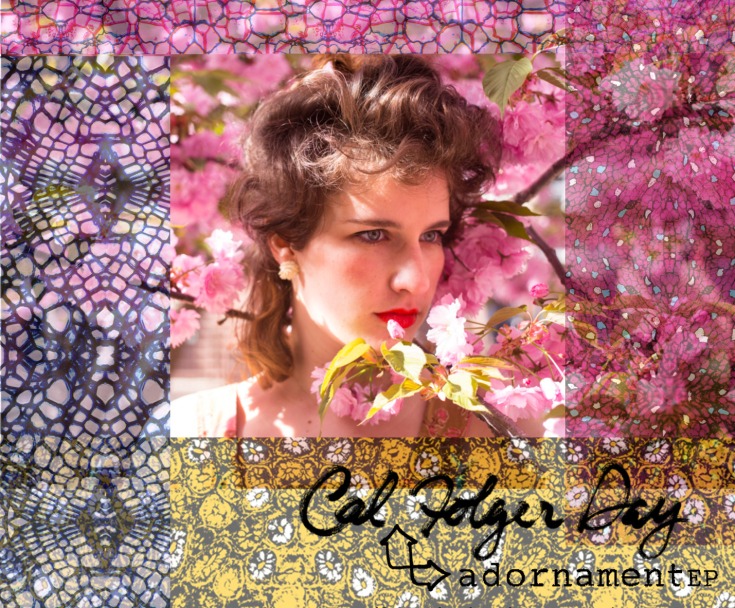 With persistent scratching textures and rhythm of ‘Homez A Place’ starting the E.P. off in defined alternative-folk, the quickly following pounding percussion alludes to the slight, subtle twists in sound that characterises Adornament, and indeed Cal Folger Day’s music.

Songs such as ‘Stoopid’ and ‘Honest’ take on a distinctly folk tinged sound, with the smoothly moving percussion brining the overall sound of Adornament into John Martyn-esque territory. Indeed there is a myriad of stylistic inflections that comprise the E.P.

Merging the pointed lyricism of artists like Fiona Apple, the vocal phrasing of Joni Mitchell and the intricately structured musicianship of baroque-pop of acts such Rufus Wainwright, Cal Folger Day finds an independent space between the two to deliver a record that showcases her as a well-defined songwriter of considerable ability.

And while the sound and approach of Adnornament as a whole is by no means wildly different or individualistic (the record sometimes sound a little to comfortable with itself), there is a sense of self and personality to the music that keep’s the E.P. sounding relevant and compelling.

Gently set and undercut by a moving rhythmically melodic backdrop, Adornament is work of subtle and considered songwriting. Weaving a richly produced folk and baroque-pop blended sound around Folger Day’s insistent, yet calm, vocal the E.P. feels like a carefully crafted piece that is a fully immersive listening experience.

Adornament by Cal Folger Day is out now.