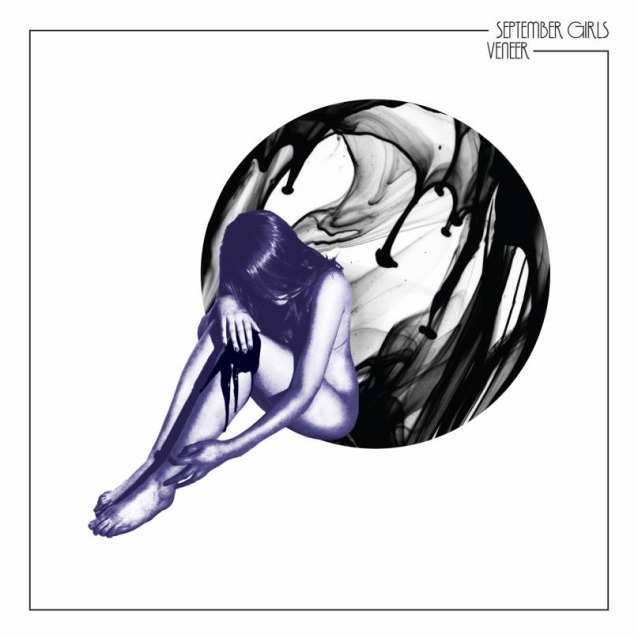 September Girls continue to evolve and shape their sound with the group’s impressive new E.P. Veneer.

Beginning with the crashing urgency of the title-track, September Girls open the record by introducing a more aggressive and fuzz laden aspect to their music steeped in pop and noise-rock leanings.

This fusion of the noise-pop genre culminates in a harsher, expansive feel (seen in ‘Butterflies) that still hints at the group’s lo-fi influences.

While the music is as powerful and hook-laden as ever, there seems to be a fixation on the lyrical and vocal aspect of the record. A possible reaction to unfair criticisms aimed at the washed in noise vocals found on Cursing the Sea (which seemed to be a stylistic choice), ‘Black Oil’ features a strikingly upfront vocal that is focused and performed with a captivating edge not seen before from September Girls.

With the band looking to give more urgency and clarity to their sound in comparison to the weightier, relentless mood of their debut album there was a risk that the group would lose the impact that the group’s music is known for.

But instead of subtracting from September Girls overall sound, although there are times when more texture would have worked, this approach introduces new exciting elements to the Dublin act’s music best seen in the upfront spoken-word influenced ‘Black Oil’.

Where Cursing the Sea was an album about dense texture and washes of noise engulfed pop, Veneer finds September Girls giving clarity and intent to their sound.

A transitional E.P, Veneer works to highlight a more upfront edge to the group’s music conveyed by up-close vocals and precise noise-pop inflected songwriting. All of which September Girls translate perfectly into their stylised sound, with the same care and cohesion the five-piece have put into their previous records.

September Girls are a band defined by their individuality and commitment to never staying in the same spot sonically or stylistically. Veneer showcases this essential central characteristic.

Veneer by September Girls is out now.