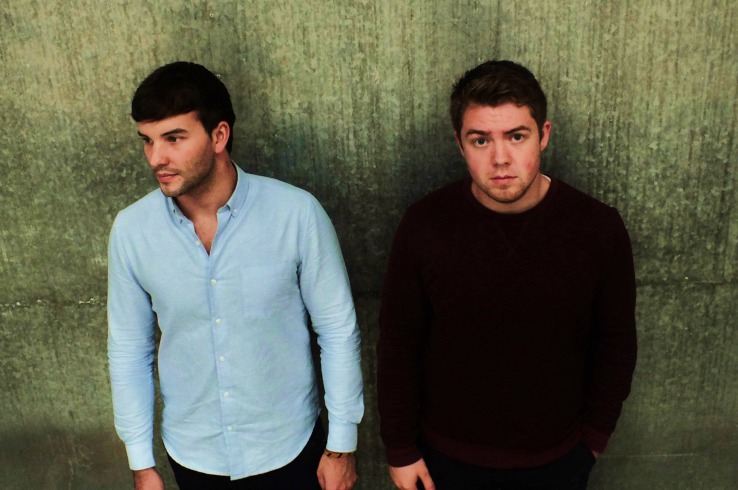 Irish indie-folk duo Little Hours are set to headline a show at the Sugar Club this Thursday, November 27th following the release of their self-titled debut E.P. Recently John and Ryan spoke to the Last Mixed Tape about their first record and songwriting.

“We had both been writing songs separately before we started Little Hours” says vocalist John Doherty. “So we just came together and started working on each other songs and that’s what appears on the E.P. Now we’ve began to write tracks together as well and that’s a totally different way of working, but good.”

“Yeah it can be nerve wrecking to bring something you’ve been working and really like to someone else” comments guitarist Ryan McCloskey. “Because will be honest if he doesn’t like something and so will I.”

With the pair’s first E.P. just after being released this month, Little Hours see the experience of recording their debut as a learning curve. “When we first came into record we had the songs ready” Doherty states. “But we went into the studio with a a full band and that changed the sound away from just the two of us. When it’s me and Ryan writing, we have definite ideas on what we want. But when you bring in other musicians they’ll, naturally, bring in their own ideas”.

“That’s why on the last two songs we stripped it back to just ourselves” Doherty continues. “Those two songs sound more like us live.”

“I think we’ll work with a band again, but when we have a more definite idea of how we’re going to use them” reflects McCloskey.

Recently Little Hours have supported a number of acclaimed artists in the build up to their headline show this week, including a tour with songwriter Tom Baxter. “That was amazing and we learned so much”. John recalls. “Just being able to watch him ply live and getting to know him was brilliant. It was the same when we supported Phox, Amber Run and James Bay. Things moved quickly”.

Looking towards their headline set in the Sugar Club, Little Hours are looking to bring a celebratory feel to the night. “With the E.P. coming out and touring we wanted to have a night for everyone who supported us up to now” explains Ryan.

“Yeah, most of the people at the show will be those who’ve heard the E.P. already or seen us live before.” John concludes. “So want to give them something in return for their support.”

Little Hours debut E.P. is out now via iTunes. The duo will play the Sugar Club this Thursday (November 27th). Tickets are priced at €9.30.