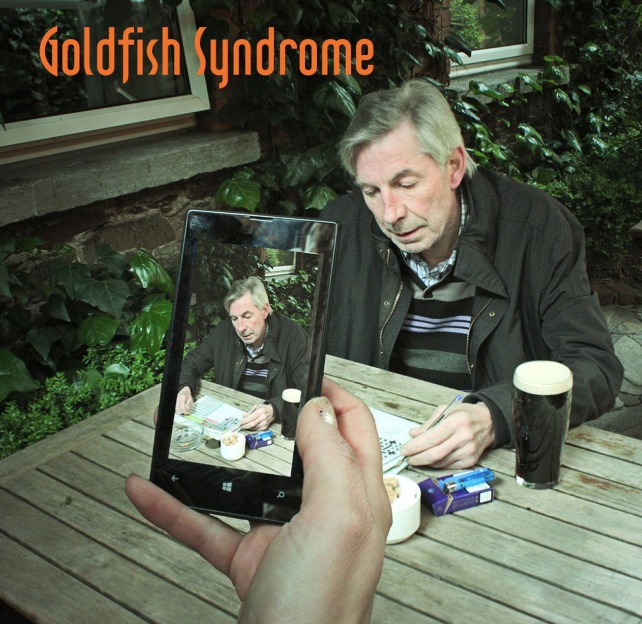 Goldfish Syndrome provide an attention grabbing debut with the full-scale indie-rock sound of their debut album A Drug Called Tradition.

As the album progress the dynamic sound of Goldfish Syndrome’s music comes more into focus with the big broad choruses of ‘Molly Do You Wanna Dance’ and the more serene verses of ‘Lower Me Down’.

Indeed A Drug Called Tradition is very much an album born out of the heavy, full-on production of the modern indie-rock/pop movement. Playing with impact and volume songs such as ‘In The End’ commit fully to the great dramatic sound that the Cork band wish to portray, while tracks like ‘Arcade Games’ find the group in distinctly indie-pop territory.

With Goldfish Syndrome’s full-bodied indie-rock songwriting at its core, the production of A Drug Called Tradition takes on a vivid widescreen feel that supports the broad sound the band look to deliver with their music.

However, while A Drug Called Tradition does hit all the expectations that come with the style of indie-rock they look to create there often seems to be a lack of edge or character from the record as a whole. The album never truly finds a singular sound and instead feels tied to the tropes (and therefore the failings) of its parent genre. Leaving the L.P. sounding too safe at times.

Although this a minor flaw that can be forgiven on a debut, Goldfish Syndrome must look to put more of themselves into the music in order to make something more lasting in the future.

A Drug Called Tradition is a rousing debut filled by anthemic indie-rock and pushed forward by large-scale production. Moving from one big, bold dynamic lift to the next, the album more than meets the task of conveying Goldfish Syndrome’s stylised sound. While a little more grit and textural depth would have been welcome, the record works as a solid debut from the Cork band.

A Drug Called Tradition by Goldfish Syndrome is due for release on Friday, October 31st.