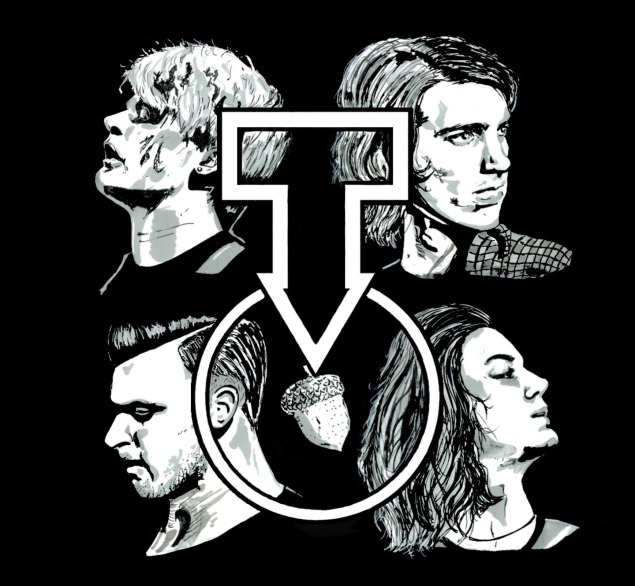 Opening with the hook-laden ‘Birdhouse Blues’ the stylised aesthetic and feel of Travis Oaks debut E.P. is quickly and succinctly established as the record moves on to the percussive jolting ‘Soul Son’ (a song that snarls with noise ridden rock ‘n’ roll).

Closing track ‘Last Love Song’ (which also serves the lead single) encapsulates who Travis Oaks are as a band. With its primal pounding and self-assured swagger the song crackles with infectious electric energy.

What is most impressive about the record, is how fully formed and realised the production of the E.P. is. Playing with the blues-rock rumble of Travis Oaks, the recordings sound gritty giving the band a solid bedrock to build upon.

Travis Oaks E.P. simply slithers out of the speakers with its growling rock ‘n’ roll sound. Very much a genre record, Travis Oaks clearly have fun with the deep-rooted blues-rock edges of their music making an all-encompassing, loud, upfront racket that exudes attitude and confidence.

Drawing from the same fuzz-laden rock ‘n’ roll sound as acts like the Black Keys and the Minutes, Travis Oaks know exactly how to deliver this music while also setting themselves apart. A bold, highly stylised debut.