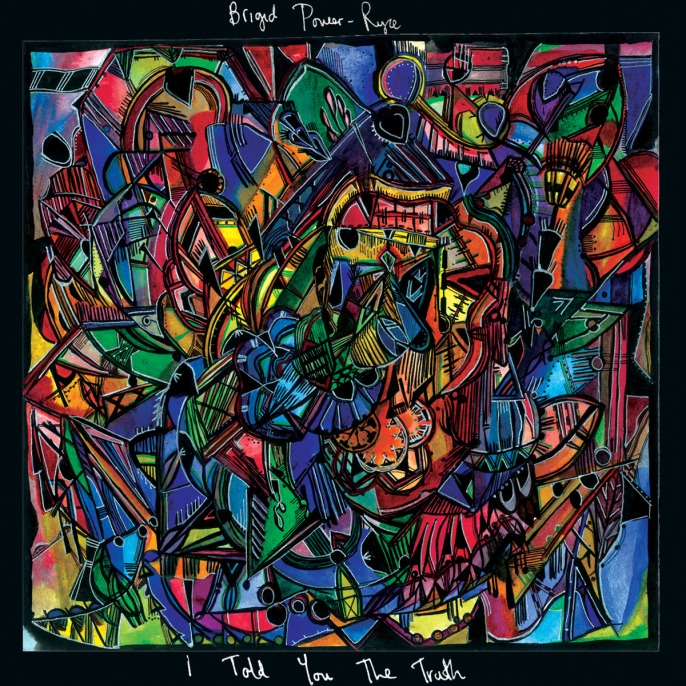 Singer-songwriter Brigid Power-Ryce produces an album of great emotive and thematic subtlety with I Told You The Truth.

Slowly fading into focus with ‘Where Are You Tonight’, the crackle of ambient noise and reverberant surrounds creates an ominous soundscape for Brigid Power-Ryce to use as living backdrop to her alternative-folk tinged music.

Throughout I Told You The Truth, the songwriter moves through dark, sparse moods that mirror the isolated atmosphere of the recordings. Indeed, that is where both musician and environment come together, playing off one another to create something deeply affecting. An approach comparable to the cabin setting of Bon Iver’s For Emma, Forever Ago.

It is with the undeniable beauty of the L.P’s titled track that I Told You The Truth hits its high-water mark. Above a bed of jangling rhythmical guitar Power-Ryce convey’s each lyric with breathtaking emotive precision.

Closing the album with the held harmonic and melodic textures of ‘Tiny You and Me’ the alternative-folk leanings of the record are brought to the fore in uneasy accordion accompaniment and the artist’s captivating vocal.

What is most striking about Brigid Power-Ryce is the raw emotion the artist convey’s with each performance. In an album centred around the minimalist scope in terms of instrumentation Power-Ryce powerfully holds the attention with performances that are unbridled and real. Ensuring that I Told You The Truth never becomes repetitive or lacks progression over the course of its eight track running time.

Indeed the album is fully committed to the uniqueness of its sound. Buried underneath the attention grabbing vocals of Power-Ryce is a world populated by gentle hissing ambience, receding echoes and isolated textures. All of which give the music space and time to move within the overall presentation of the record.

I Told You The Truth is an album drenched in reverb soaked emotion and lament. Enchantingly performed and produced the record is simply captivating and showcases a songwriter of immense talent in a soundscape that naturally merges itself to Brigid Power-Ryce’s haunting sound.

Affecting, impassioned and uncompromising I Told You The Truth is something very special indeed. In a scene that sometimes values safety over substance and marketability over artistry Brigid Power-Ryce has produced an album that stands alone in its sound and style. Stunning.

I Told You The Truth by Brigid Power-Ryce is out now.

1 comment on “Brigid Power-Ryce – I Told You The Truth”