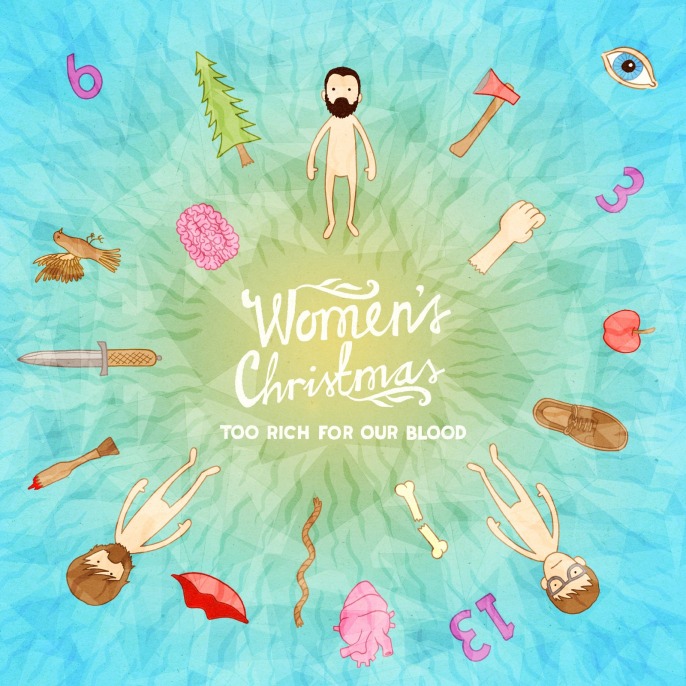 Women’s Christmas provide a debut of uncompromising and hook filled alternative-rock with Too Rich For Our Blood.

Opening with the expectation warping gentle chiming of tuned percussion, ‘Thumbs Up To The World’ provides a sonically moving introduction to the different elements that construct the record.

Passing through the swaggering indie-pop of the brilliant ‘Chalklines’ to the driving garage-rock rhythm of ‘Summer Born, Winter Bred’, the record acts quickly to establish the broad stylistic range of the group’s music.

However, it is with the melodically vibrant hook of ‘Rope of Foam’ that the band’s mix of aggressive thrashing guitars and pop sensibilities collide most effectively and culminate in the album’s high water mark.

Although the feel and tone of Too Rich For Our Blood is one of ragged abandon, it would be misleading to think of the L.P. as a string of songs simply thrashed out by Women’s Christmas without a second thought. Indeed the whole record feels crafted both in terms of production and songwriting.

The overall layout of the record also seems carefully structured. Comparatively calmer tracks such as ‘Surrounded By Clouds’ and ‘Thumbs Up To The World’ work to off-set the frantic pace of songs such as ‘Bubble On A Shelf’, giving the album a greater sense of aspect dynamically.

Too Rich For Our Blood is an infectious piece of augmented and vibrant indie-pop underpinned by jolting alternative-rock edges. Centered around the band’s pop tinged songwriting, the album jostles and thrashes these sensibilities into a more defined take on the genre.

Too Rich For Our Blood by Women’s Christmas is due for release on Friday, October 24th via Out On A Limb Records.