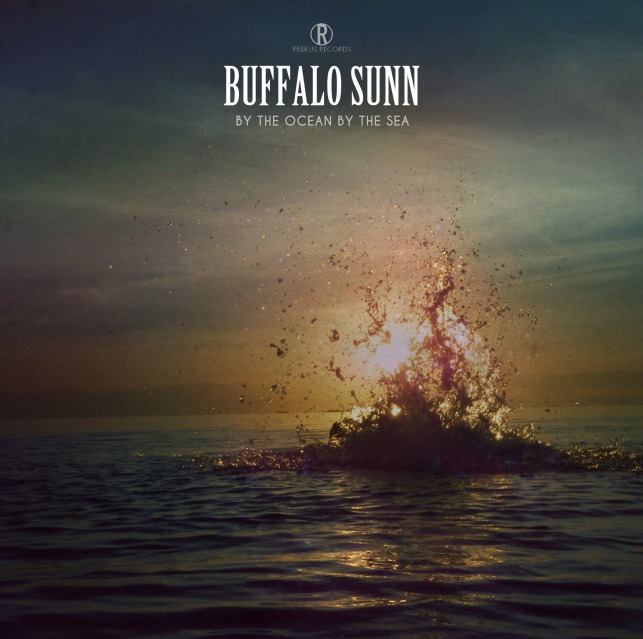 Buffalo Sunn deliver on all of the promises made during recent live shows with a studio album that fully captures the band’s massive sound.

Working as a slow-grooving introduction, opening track ‘I Wanna Be In Love’ gives a pounding glimpse into the various styles and musical flourishes that dominate By The Ocean, By The Sea.

Through songs like the ‘By Your Side’, ‘Witches’ and ‘Told You So’ the thematic and great use of dramatic harmony that filters throughout the group’s sound pushes out the boundaries of the album both dynamically and tonally.

The album meets it’s mood driven pinnacle with ‘Let It Go’. Finding Buffalo Sunn opening out the scope of the L.P. to its full extent, this mid-record track is where the six-piece commit fully to the expansive nature of their music.

Leading to the dramatic pounding finale that is ‘Oceans’, By The Ocean By The Sea feels like an album wherein the band have spent time and thought on how it’s presented and flows throughout it’s running time. Indeed. ‘Oceans’ works as the perfect release of energy to close the L.P.

By The Ocean By The Sea is an album that occupies a very particular soundscape. Built from the ground up, the record reverberates with echoing vocals and glistens with harmonic textures that culminating in a widescreen, cinematic sound which is as vast as it is captivating.

Indeed, the sheer weight of harmony, melody, rhythm and texture layered within the L.P’s overall sound is astonishingly immense.  And considering Buffalo Sunn not only avoid becoming engulfed by this production choice but instead thrive in its openness is very impressive indeed.

A more confident and greatly realised debut album would be hard to come by.

By The Ocean By The Sea from Buffalo Sunn is due for release on Friday, October 10th via Reekus Records.

1 comment on “Buffalo Sunn – By The Ocean, By The Sea”