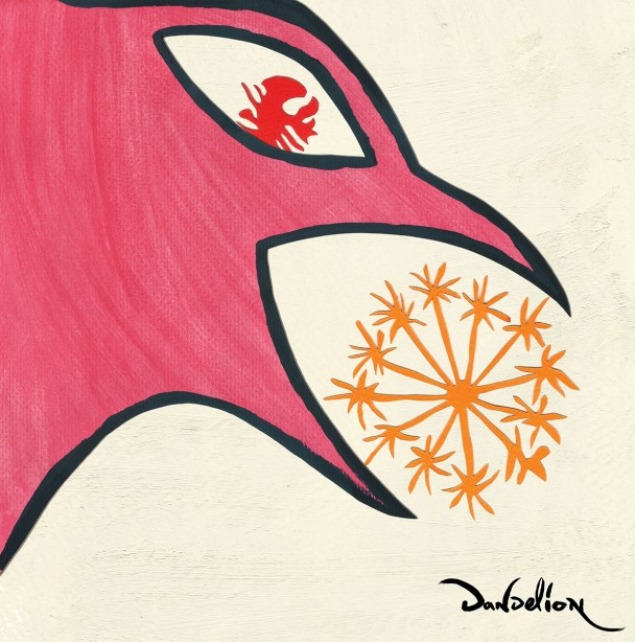 However, as soon as the breath-taking falsetto vocal appears it becomes very clear that this stylistic flourish is one of many that Cloud Castle Lake encompass into their sound.

Moved forward by syncopated rhythms and funk-laden guitar the melting pot of musical influences that comes from just the opening alone is outstanding.

As the E.P. progresses so too does the scope of Cloud Castle Lakes’ sound. The pounding beat of ‘A Wolf Howling’ adds an extra sense of menace to the record, while the careful repose of ‘Mouthcloud’ gives the record a well-timed twist in mood before the softly melodic retrospective finale of the E.P’s title-track.

The sheer density and intensity of harmony that interweaves itself around Dandelion is simply stunning to behold.

Indeed, how the trio have managed to create a sound on this vast a scale without the record sounding overblown or weighed down by ideas, is in itself a sure sign of their abilities and intricate compositional process.

In any context Dandelion is a sublime piece of alternative music, given the fact that it’s Cloud Castle Lake’s debut make’s the record all the more special.

Inventive, densely packed with stunning musicianship and confidently creative the music sounds deeply considered and lived-in. Making this E.P. a real statement of uncompromising intent from the Dublin band.

Dandelion by Cloud Castle Lake is out now.