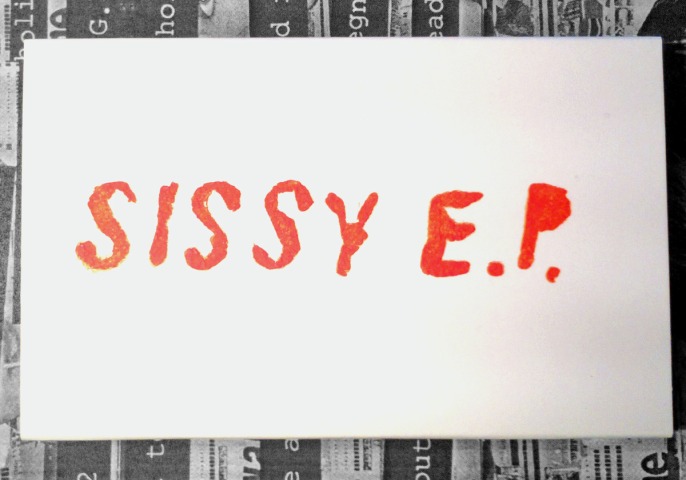 Sissy get off to a shaky start with the clichéd and ill-advised genre trope of found-sound clips seen in the opening track, ‘Foreword’. But soon start to find their footing with ‘Sail and Rail’ and fully hit their stride with ‘No Mickey on the Mouse’. Moving past genre expectations, the trio let their unbridled sound come through in all its ragged glory.

Continuing this momentum, ‘Nothing’ (although once again featuring a found-sound clip) blends together Sissy’s to-the-point music and raw lyrical edge, which is central to what makes the E.P. feel so singular within it’s genre.

Indeed, while the production of the record has a bone-rattling tone to it, it is Sissy’s lyrical abruptness that separates the trio from many other bands working in the garage-rock scene. Topical, political and vitally important Sissy’s ramshackle interplay works as the perfect backdrop to these issues.

While the E.P. is pushed forward by this almost feral uncompromising sound and relevant lyrical content it does become weighed down by the previously mentioned genre clichés.

However, these are understandable flaws for a début record and feel more like symptoms of the creeping stagnation within the garage-rock scene, rather than a reflection on the band themselves who can expand upon their infectiously thrashing sound, while also casting away the need to fall back on these over-used tropes.

Sometimes it is the flaws that define the brilliance within a record, giving shape and a sense of urgency or intent. And this is the case with Sissy. The real promise in their music lies in their upfront honest frustration which is immensely important to their sound. It is the combination of these elements that makes this self-titled first E.P. a very promising (if not uneasy) start.

Sissy E.P. by Sissy is out now.