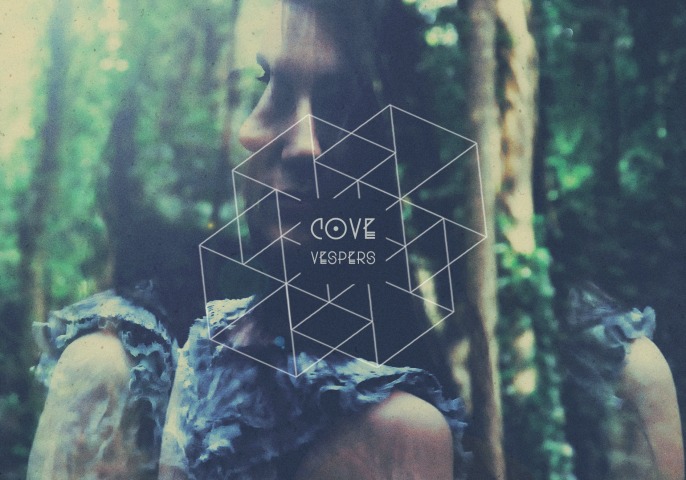 Playing with the harmonic textures that make their sound so deeply atmospheric, Cove open Vespers with the sonically vast ‘Love & Work’. Melding their more experimental leanings with an up-tempo pop feel this is a self-assured introduction to the crafted aesthetic of the E.P.

Indeed, Cove seem to have locked down the mood and tonality of their music. While the characteristic pops and clicks of creative (yet controlled) experimentation are there, songs such as ‘Sylvia’ anchor the record’s sense of place and unity.

Cove’s capacity to instil their individuality within the more concentrated flow of Vespers is a testament to their talent, with interluding tracks like ‘Abberation 1’ sounding more like a necessary respite before the ominous, vast finale of ‘To Give is to Drown’.

Vespers is an E.P. about focus and cohesion in sound. While the trio’s debut release drew from a broader spectrum sonically, Vespers finds Cove shaping and refining that sound into something more affecting, blended and rewarding.

With this release Cove has defined themselves in terms of style and in doing so have bypassed many of the trappings of follow-up records by opting to make an extended play that feels like the natural progression to their roots.

In context, the importance of the overall artistic cohesion of Vespers is in its execution and reaction to what has come before it. Cove are now on more solid footing in terms of production and songwriting, with the tracks taking a more sculpted shape. All of which means that the trio can now make the move to a full-length album with relative ease.

Vespers by Cove is due for release on September 19th