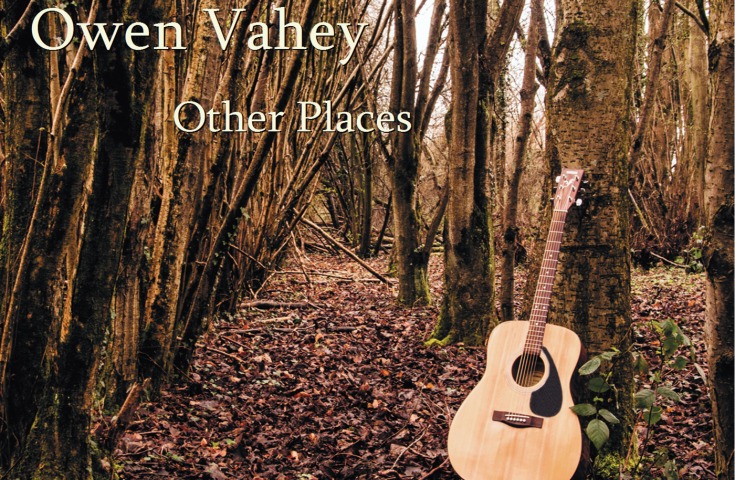 Other Places is the début E.P. from singer-songwriter Owen Vahey. The record works as a solid first impression to the artist’s music.

As the introductory bars of ‘Turtle Shell’ come bouncing out of the speakers, so too does the folk-pop vibrancy of Owen Vahey’s sound. Most striking is the depth in production and harmony that underpin the music, resulting in an effective presentation of the songwriting itself. The importance of this aspect of the E.P. cannot be overstated taking into context the fact that this is a début record.

Indeed, the pop-sensibilities that form the recording’s core are integral to the piece, and expand upon Owen Vahey’s mature songwriting style. Creating several flourishes that evoke Ryan Adams styled alternative-county circa Heartbreaker, which can be clearly heard in ‘Stop’.

As Other Places continues these alternative-country leanings begin to emerge more clearly. Culminating in the reverb and twinkling piano laden finale ‘Hard Hope’. Vahey’s obvious talent is blended with this melting pot of inspiration, to deliver a sound that feels fully formed.

While Other Places does suffer from a lack of edge or real drive emotionally (Vahey often sounds not fully committed to the lyrical content during his vocal performances) this is something that will come with time. The songs that appear on this record feel lived in, while perhaps more immediacy and rawness within the songwriting could have brought forth an added dimension to the E.P. as a whole.

However as perviously stated, these issues can be easily eradicated. Provided the musician plays more with grittier elements of the genres he borrows from, and therefore taking his sound into more interesting territory.

Other Places works to introduce the songwriting of Owen Vahey in a clear and effective way. The début sees Vahey side-step the pitfalls that claim so many other writers in their early career. This alone shows maturity that will serve him well going forward. With a bit more edge and bite, Vahey could produce something very special indeed.

Other Places by Owen Vahey is out now