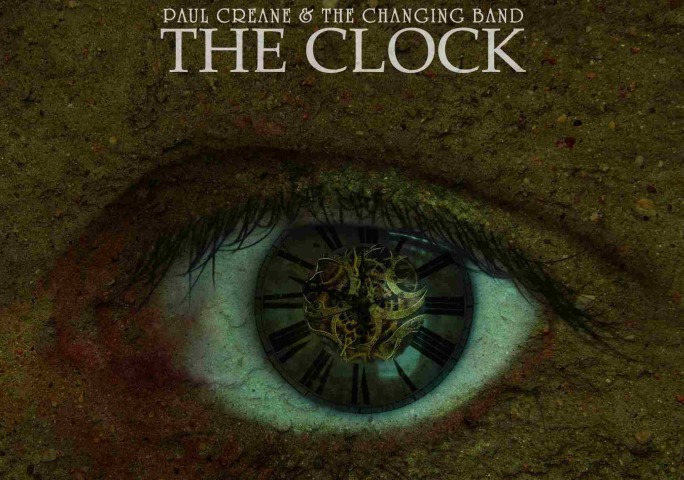 From the serene introduction of ‘Low Ground’ to the harmony driven lure of ‘In Lieu of You’ the straight-up joyous folk inspired aesthetic of The Clock is made clear with each shuffling rhythm and scratching and weaving violin melody.

The shaking rattle and hum of Paul Creane & The Changing Band’s sound finds it’s home within the natural, up-close production of the recordings. Sounding like a group performing for the sheer love of the music, there’s an undeniable connection between the musicians and the influences that the album wears so openly on its sleeve.

Between the stomping feel of tracks such as ‘She Was An Adventure’ and the slithering blues of ‘Baby I’m Down’ the band find the room and space to calmly convey a quieter, mood-driven aspect of their sound and the album itself with the reflective tone of ‘I’ll Be Drinkin’ In the Morning’.

While the Clock is by no means a re-imagining of the genres it borrows so heavily from, and indeed narrowly avoids falling victim to several clichés of, the record must be taken in terms of what the group where trying to achieve.

In this respect Paul Creane & The Changing Band deliver an album that locks onto it’s up-tempo folk, country and bluegrass influences while still creating dynamic and tonal aspect within the record. Although the music itself is not especially daring sonically, it is performed with all the passion and care of a band that deeply enjoy what they do. And there’s an honesty to this, that must be respected.

In context, the Clock showcases the bustling vibrancy of the Irish alternative-folk scene with Paul Creane & The Changing Band finding the essence of their sound through several flourishes of great songwriting. It would be interesting to see how the energy and mood of the album is translated live, however on its own terms the record holds it own and provides a solid sophomore release from the group.

The Clock by Paul Creane & The Changing Band is out now.