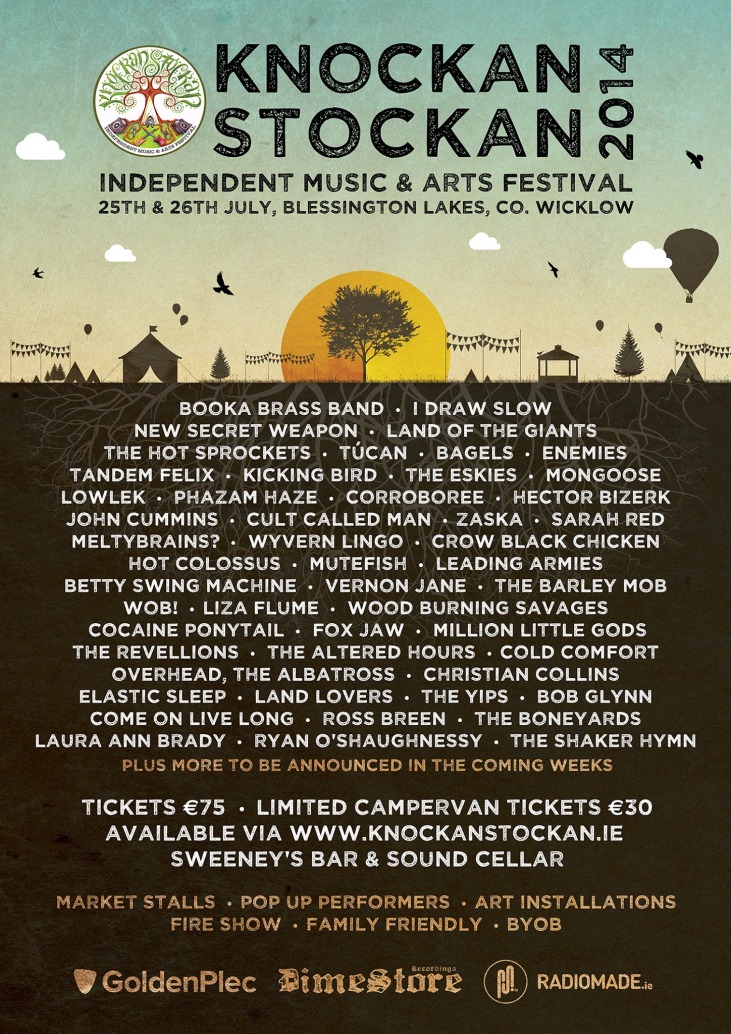 Knockanstockan 2014 have revealed the second wave of acts for this year’s two-day festival taking place this summer.

See the full list of Knockanstockan 2014 artist’s below with more acts to be announced in coming weeks.

Tickets for Knockanstockan 2014 on July 25th – 26th are priced at €75 and are available now. For more information visit knockanstockan.ie.